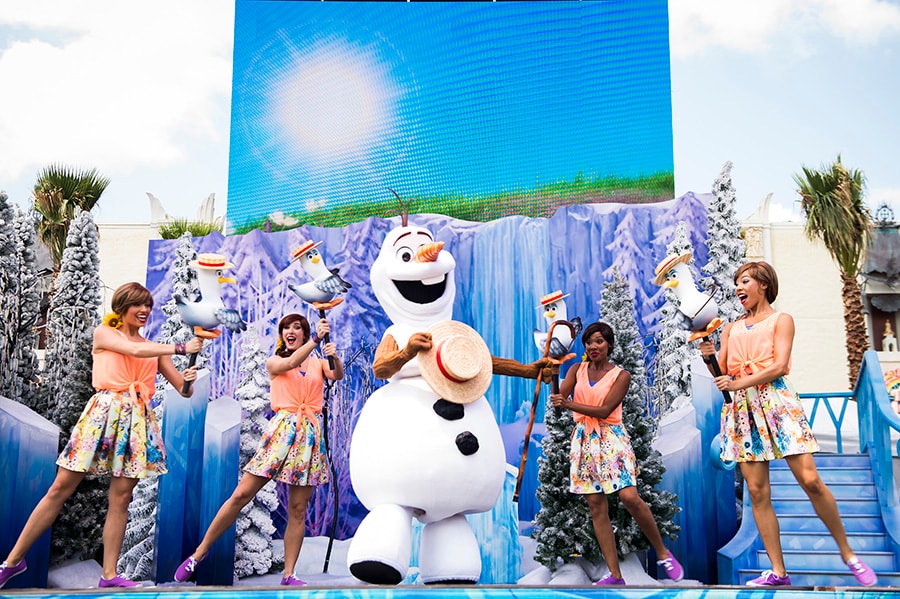 The royal sisters have returned to Disney’s Hollywood Studios!

Anna and Elsa – accompanied by friends Olaf and Kristoff – 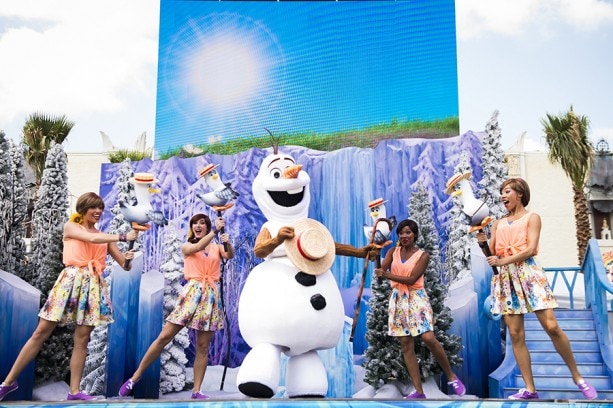 Olaf’s Summer Cool Down – This new stage show features Olaf and friends having a little fun “In Summer.” And as temperature rises, Olaf shares a burst from his own snow cloud to cool things down.

“Frozen Fever” – The ABC Sound Studio is offering special screenings of the new animated short “Frozen Fever,” along with a behind-the-scenes look at the making of the film.

For the First Time in Forever: A “Frozen” Sing-Along Celebration – This year the show has moved to the Hyperion Theater, where you’ll discover all-new in-theater effects and appearances by Anna, Elsa and Kristoff.

“Frozen” Fireworks – Following the “Coolest Summer Ever” Dance Party, our “Frozen” friends return to the stage for a grand finale to kick off a fireworks display set to the beloved music of “Frozen.”

Will you head out to the park for some Frozen Summer Fun this year? Let us know in the comments.