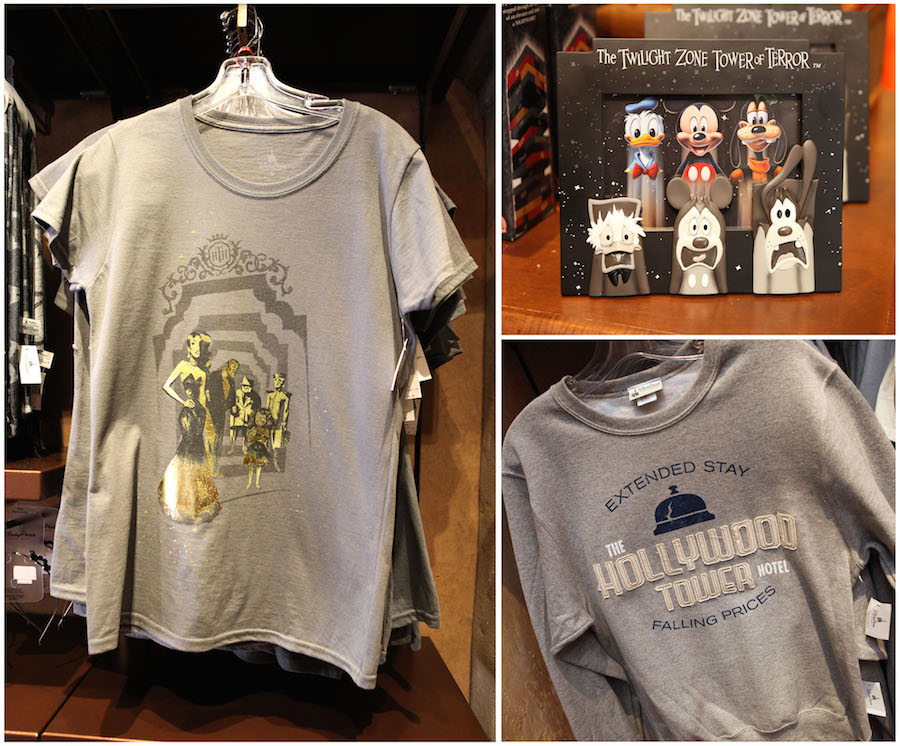 On July 22, 2015, The Twilight Zone Tower of Terror at Disney’s Hollywood Studios celebrates another anniversary. To mark the occasion, I recently stopped by Tower Hotel Gifts to check out the latest arrivals from the Hollywood Tower Hotel Authentic collection. You may recall that in February we released several new products inspired by this thrilling Disney Parks attraction. Here is a quick recap of some items I found.

One of my favorite items now available is a luxurious bathrobe. This black robe contains an embroidered Hollywood Tower Hotel logo, and is an update to the previously offered white robe seen in this article from 2013. I love the feel of this robe so much that I’ve been known to wear it around my office. Other new items include a women’s shirt, a sweatshirt with an iconic front desk bell, and a Raglan T-shirt with a bellhop silhouette. 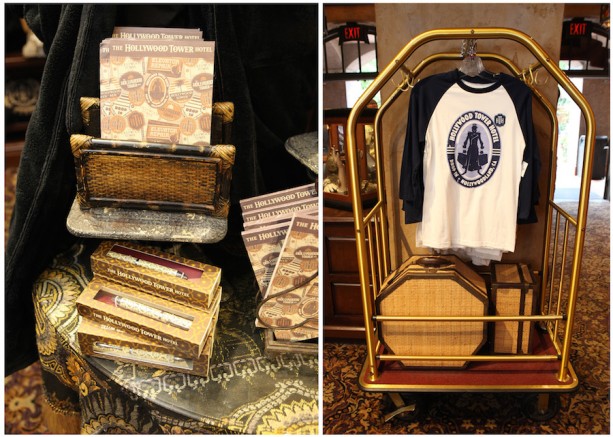 You can also find a notepad and a nice packaged pen both of which are perfect for sending greetings from the beyond fifth dimension. The pin team gave me a first look at a new open edition pin coming later this year to Disney Parks. The pin includes an image that slides to reveal Mickey Mouse, Minnie Mouse and Donald Duck. 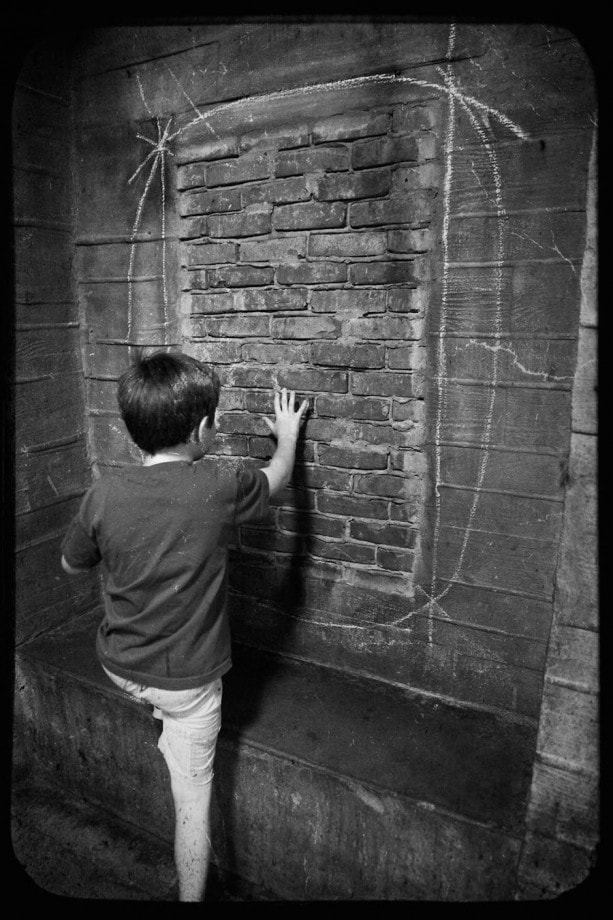 Finally, I couldn’t resist sharing this image of my son for this anniversary. He loves riding this attraction every time we visit Disney’s Hollywood Studios. While exiting one time, he spotted this nod to an original television show episode and proceeded to try walking through it. Luckily, I pulled him back before he became lost in another dimension.