When temperatures creep up, there’s nothing like a bit of H2O. Here are some watery ways folks ward off summer’s generous warmth:

Spritzes of circumstance. For a quick refresh, you need only catch a Magic Kingdom Park camel at the right time at The Magic Carpets of Aladdin. And even though you can get plenty of moisture at Kali River Rapids, you can also get a sprinkle or two from other Disney’s Animal Kingdom guests aiming squirt guns from the bridge over the attraction. Think of it a kind of public service for this time of year. 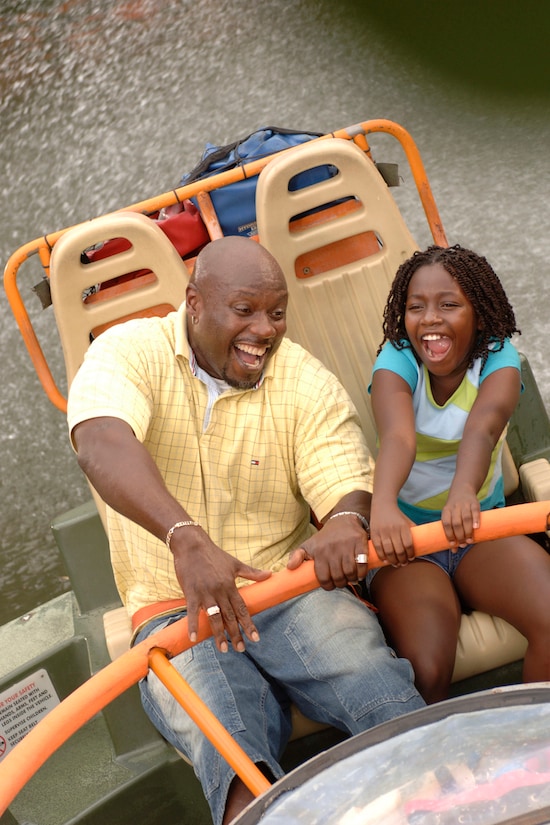 Kid’s mini-water frolic areas. Some parks have mini-water fun areas, where festive sprays pop up at random and kids let off steam. Similar fun is flowing at Downtown Disney Marketplace. Casey Jr. Splash ‘N’ Soak Station. The newest wonderful world of wet was suggested by reader Thomas in an earlier post, and it’s a big hit for the little ones, as well as a Magic Kingdom Park joy for fans of the Disney animated classic, “Dumbo.”

Club Cool. Beware of the Beverly! If you’ve been to this ethereal Epcot oasis before, you’ll probably get the reference. At Club Cool, you can sample international Coca-Cola products to your heart’s content. Everybody has a favorite, and more than one have stood poker-faced as newbies take sips of a brew called “Beverly” and watched them make the same face as Lucy did when she joined the thousands of happy peppy people who spooned their way to health with her first taste of Vitameatavegamin (“It’s so tasty, too. Tastes just like candy!”).

Disney Water Parks, of course. You can pretend you’re splashing around “snow-capped peaks” at Disney’s Blizzard Beach Water Park–where little ones can step across ice blocks and giggle on Lilliputan miniatures of the park attractions. This summer, we’ve even introduced a fantastic selection of delicious foods at both Water Parks. And whether you’re Disney Channel fans or those of us whose hearts belong to Annette (or both), you can groove to music, entertainment and games during the Teen Beach 2: Beach Party at Disney’s Typhoon Lagoon Water Park. Twistin’ rockin’ eatin’ and laughin’ at beach parties is the height of summer coolness.