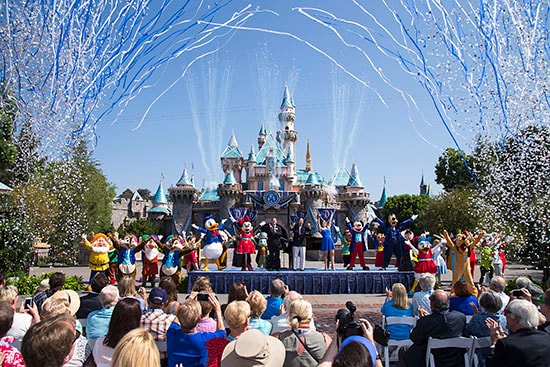 As part of the Disneyland Resort Diamond Celebration, it was announced that we will honor 60 years of Walt’s dream with the “Million Dollar Dazzle” program. Each month during the Disneyland Resort Diamond Celebration, the Million Dollar Dazzle Crew will surprise one or more Southern California nonprofits with a $60,000 gift, totaling more than $1 million.

Check out Erin’s story for more information. And check back on Monday for new video from the celebration. 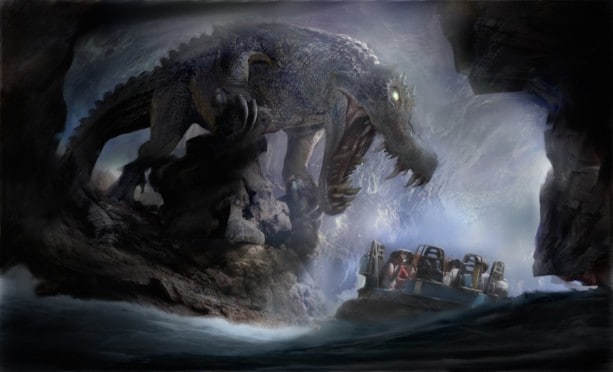 During a special event that included Disney COO Tom Staggs and Walt Disney Parks and Resorts Chairman Bob Chapek, Bob Iger shared a peek at what the Resort will look like with the unveiling of a spectacular scale model showcasing its two hotels, Disneytown – its international shopping, dining and entertainment district, Wishing Star Park’s beautiful gardens and six themed lands of mainland China’s first Disney theme park – Shanghai Disneyland. Check out video from the event.

Our original story has more details on each of the themed lands, including Tomorrowland, where guests will be able to experience the TRON Lightcycle Power Run and more.

Icing on the Cake: Celebrating the 10th Anniversary of Disneyland Park in 1965 – Fifty years ago these dancing candles were delighted in the fact they were taking part in history during the 10th anniversary celebration of Disneyland park. Enjoy this calorie-free video!

D23 EXPO 2015 Brings New Collections from ALEX AND ANI – If you’re a fan of ALEX AND ANI and you’re attending D23 EXPO 2015, August 14–16 at the Anaheim Convention Center, the Disney Dream Store is the place to be.

The Magic of Disney Parks Storytelling: Rivers of America at Disneyland Park – Sixty years ago, Walt Disney and his wife, Lillian, celebrated their 30th wedding anniversary with a special party aboard the Mark Twain Riverboat at the soon-to-open Disneyland park.