So you’re not able to be at Walt Disney World Resort for the Fourth of July but you want to celebrate the holiday in Disney style? Well, the Disney Parks Blog has you covered. We are excited to announce that the Magic Kingdom Park July 4th fireworks show will stream ‘live’ at 9 p.m. EDT right here on the Disney Parks Blog. 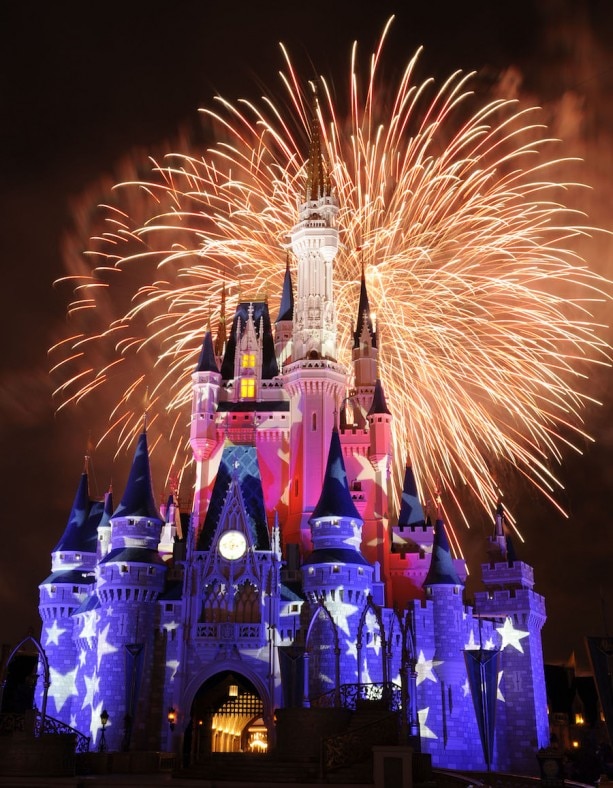 Join us as “Disney’s Celebrate America! A Fourth of July Concert In The Sky” paints the sky red, white and blue and fills the air with patriotic music. This special show features perimeter fireworks launched from around Magic Kingdom Park and an island in Seven Seas Lagoon.

To make sure you have the best view in the house we are providing two live cameras for you to choose from. One camera in front of Cinderella Castle and the other near Disney’s Polynesian Village Resort to take in the entire perimeter spectacular. Guests viewing from their desktop will be able to switch between the two cameras during the show. Those ‘on the go’ and joining us on mobile devices, will be able to take in the live view from the castle location.

The live feed starts at 8:50 p.m. on the Disney Parks Blog, with the fireworks show beginning at 9 p.m.

We are excited to offer this unique opportunity and hope you join us as we celebrate this great nation Disney style.