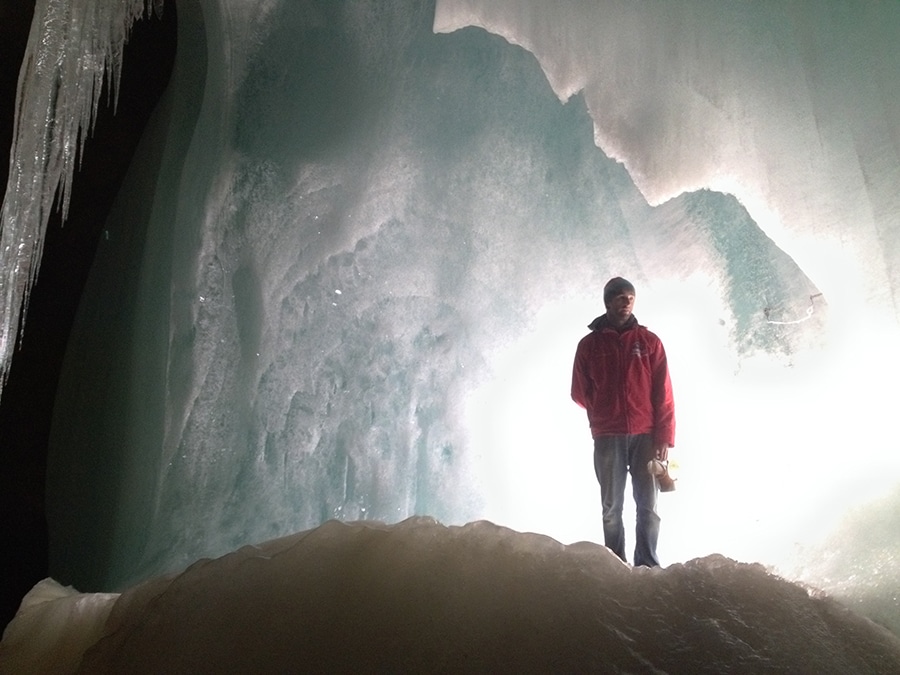 Hiking, Sliding and Spelunking In the Alps with Adventures by Disney

On my recent Adventures by Disney trip to Austria, Germany and the Czech Republic I was (figuratively) bursting at the seams with my desire to belt out this yodeling refrain. And when we made it to Berchtesgaden, Germany, our Alpine retreat for three nights of our eight-night adventure, I found there was plenty worth yodeling about.

For starters I got to go spelunking in the Alpine Eishole Ice Cave. And while it didn’t entail any pickaxes, harnesses or rappelling into narrow canyons, this caving excursion was full of adventure. First we hiked to a funicular railcar, then hiked some more up to the entrance of the cave, high up in the Alps. Then we were outfitted with old school lamps, just like the kind you see the Seven Dwarfs carry, as we entered the dark, chilly cave, which was illuminated as our lantern light gleamed off of the ice that surrounded us. Words can’t accurately express how surreal this looks in person, but I do have this photo, which does it only a small amount of justice. 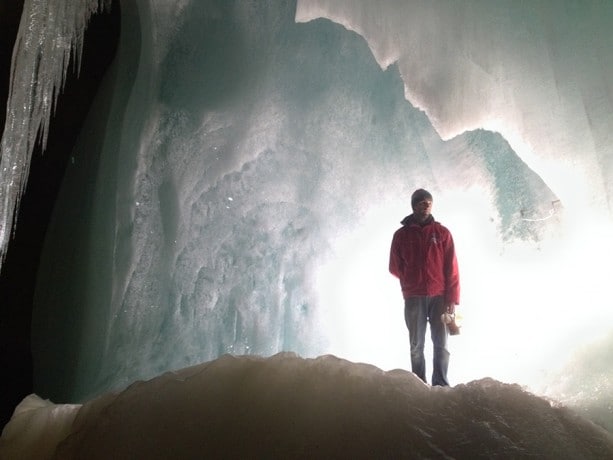 And the view while hiking to the ice cave wasn’t too shabby either. I mean, if you’re the type of person who likes being surrounded by awe-inspiring beauty. 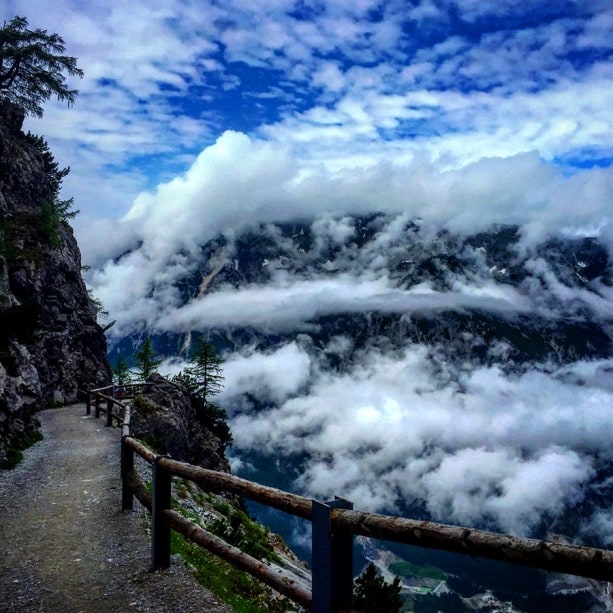 If one caving adventure just isn’t enough to satisfy you, never fear. With Adventures by Disney you also get to don overalls and travel deep into the Salzbergwerk Berchtesgaden Salt Mine. While I’ll admit that visiting a salt mine previously wasn’t high on my “must see” list, it was quickly apparent that this experience was unlike anything I had imagined. For starters, the giant slide that literally whisked us into the mine like giggling schoolchildren set a fun and adventurous tone to this expedition. Once underground, we were greeted by an otherworldly salt lake that looked like a scene out of a space movie. Is this Mars? No, it’s a German salt mine! 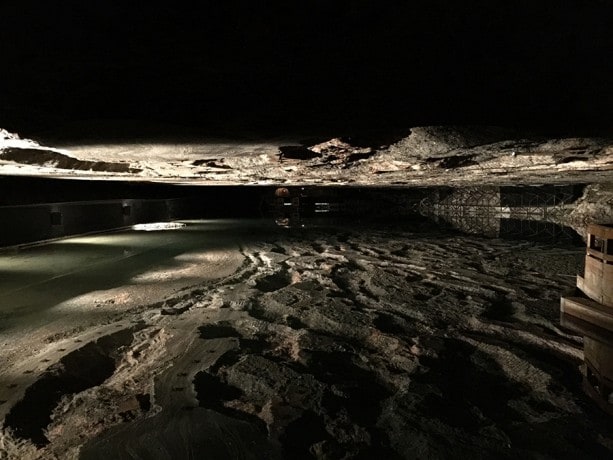 I also enjoyed a wide variety of activities above ground. I hand crafted – and gobbled up – my own pretzel creations, toasted my fellow adventurers with giant German-size beers, watched an exhilarating falconry demonstration and toured an 11th-century castle. The climb to the incredibly breezy bell tower graced us with more incredible views, and this windblown hairstyle.

Next, the adventure took me to Salzburg and through Austria to explore some truly magical sights. If I’ve had trouble holding back from breaking into a yodel thus far you can only imagine what sort of musical-worthy songs I’ll have to suppress during my next Adventures by Disney post here on the Disney Parks Blog. Follow along!

Hiking, Sliding and Spelunking In the Alps with Adventures by Disney

view all
Likes (0)
Share Hiking, Sliding and Spelunking In the Alps with Adventures by Disney