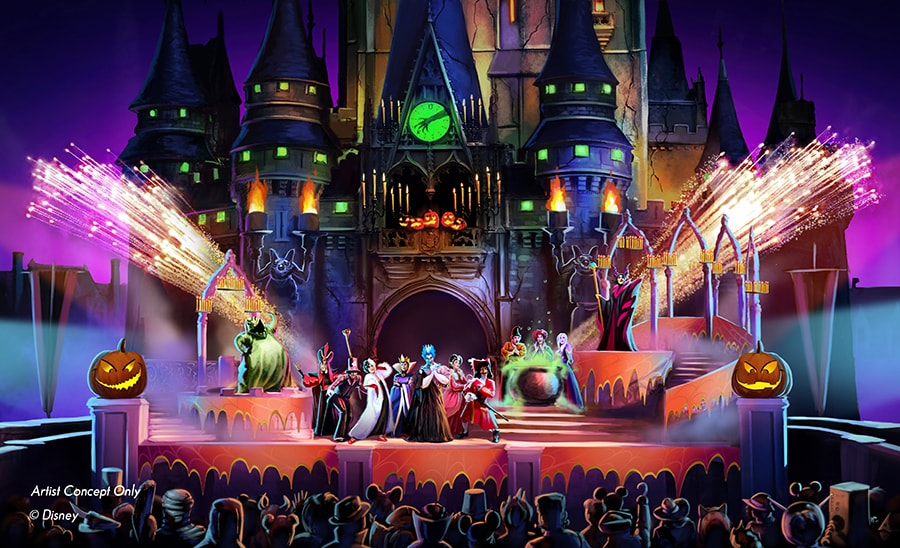 On July 16, 1993, Disney’s “Hocus Pocus” opened in theaters, and the world was introduced to those wacky and wicked Sanderson sisters: Mary (Kathy Najimy), Sarah (Sarah Jessica Parker) and Winifred (Bette Midler). After wreaking havoc on Salem, Massachusetts, the sisters returned to the great beyond, only to be heard from during annual Halloween showings of the movie on Disney Channel.

Now, 22 years later, the Sanderson sisters are set to return during Mickey’s Not-So-Scary Halloween Party, in the all-new show “Hocus Pocus Villain Spelltacular.” Winifred, Mary and Sarah will have only a few hours to run amuck, using their magic and the power of some fiendish Disney villains to throw the best, evil Halloween party this side of the graveyard! 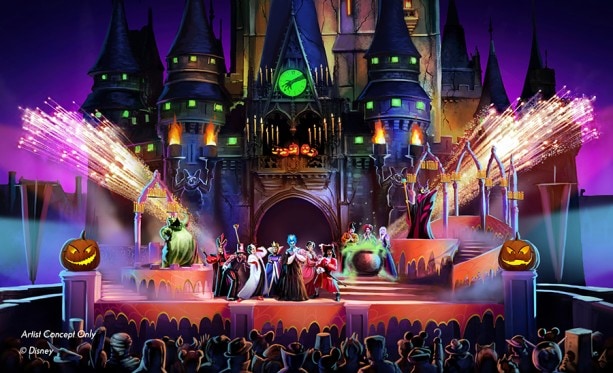 The show will feature memorable songs from the film, like “Come Little Children” and “I Put a Spell on You,” along with appearances by Dr. Facilier, Oogie Boogie, Maleficent and more.

Mickey’s Not-So-Scary Halloween Party will be held on select nights at Magic Kingdom Park, beginning September 15. Tickets are still available, but will go quickly, so be sure to get yours soon.

My family likes to go the party early in the run and stretch out the Halloween fun as long as possible. Plus, this year I just don’t think I can wait until October to see “Hocus Pocus Villain Spelltacular!” In fact, I might even have to fire up my Disney Movies Anywhere app and watch “Hocus Pocus” tonight! Who’s with me?