On the heels of the FIFA Women’s World Cup, soccer continues to grow in popularity, particularly in the United States. And Walt Disney World Resort guests can see it played at its highest level January 9th-21st when the Florida Cup returns to ESPN Wide World of Sports Complex in January for the second straight year. 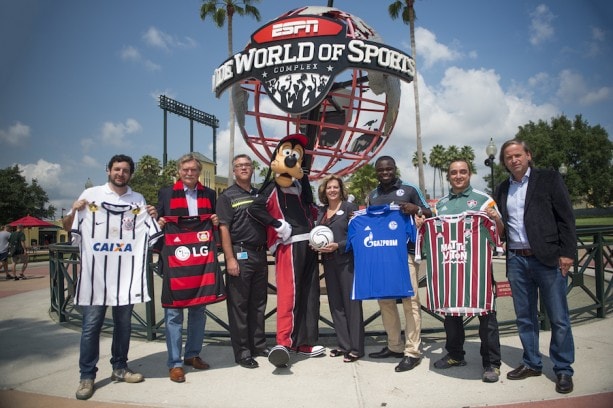 More teams could be announced in the next few weeks, but the field is already shaping up to be a clash of international soccer heavyweights. Some of the teams are even going to train in Central Florida leading up to the tournament.

Following the tournament’s debut earlier this year featuring four teams, the 2016 event will involve more teams, more games and a greater involvement by ESPN Wide World of Sports which will jointly host the event, along with 2SV Sports, at Walt Disney World Resort for the next five years.

By then, Central Florida could become an increasingly attractive location for marquee international soccer clubs to train and compete before their regular seasons with Disney smack in the middle of the action.

In the meantime, soccer fans can look forward to next year’s Florida Cup, which will put tickets on sale starting in September. Check out www.floridacup.com for more details and stay tuned to this blog for more tournament news.