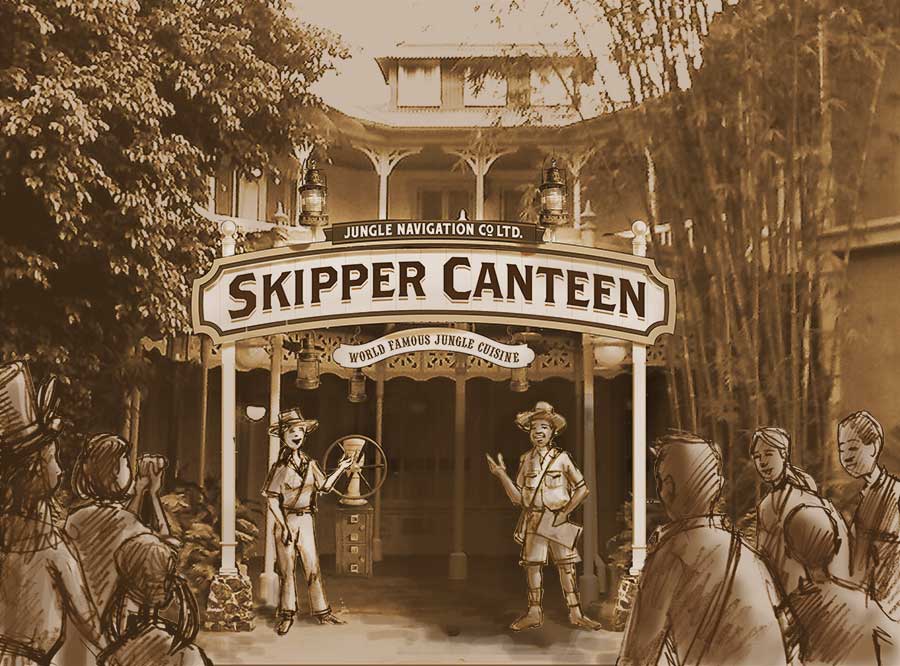 The Jungle Cruise, one of Magic Kingdom Park’s most popular attractions, has delighted guests for years. And as it was just announced at the D23 Expo moments ago, Jungle Cruise fans will have even more to look forward to later this year when the brand-new Jungle Navigation Co., Ltd. Skipper Canteen restaurant opens in Adventureland. 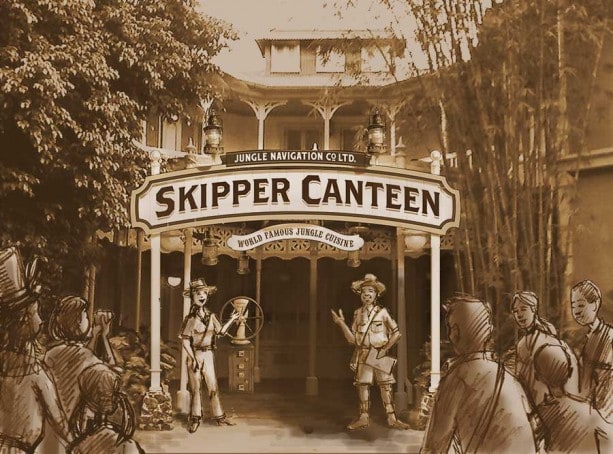 At the Jungle Skipper Canteen, guests will be able to experience “World Famous Jungle Cuisine” in one of several unique dining rooms – including a crew mess hall and a once-hidden secret meeting room of the famed Society of Explorers and Adventurers. The restaurant will also be staffed by Jungle Cruise Skippers.

The Jungle Skipper Canteen is currently under construction and will open its doors in late 2015. Stay tuned to the Disney Parks Blog for more.