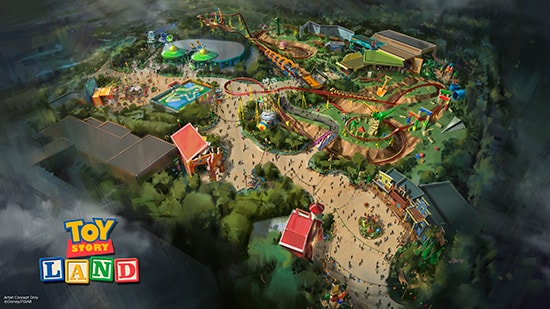 UPDATE: 4:30 PDT
The Walt Disney Parks and Resorts presentation at the 2015 D23 EXPO has concluded! Stay tuned to the Disney Parks Blog over the next few days for more details on these new and exciting experiences.

The Walt Disney Parks and Resorts presentation at the D23 EXPO 2015 is underway! We’re excited to share the news as Parks and Resorts Chairman Bob Chapek announces new attractions and entertainment, part of the unprecedented growth at Disney Parks around the world. While the guests inside Hall D23 will be the first to hear the news, we will provide live updates here. Keep an eye on this space!

Guests at Epcot in Florida and Disney California Adventure in California will journey to far-flung lands, fly above some of the world’s most unique natural landscapes and soar over man-made wonders when the new Soarin’ Around the World makes its debut next year. 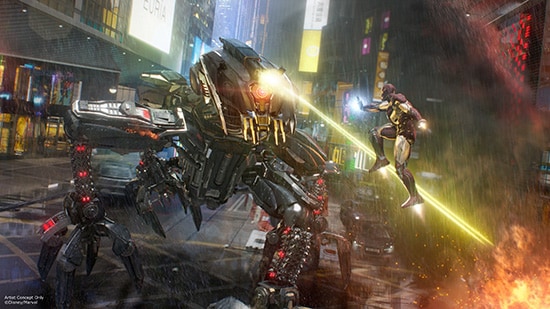 Iron Man just landed for a special appearance at the Walt Disney Parks and Resorts presentation! Soon Hong Kong Disneyland guests will have the opportunity to meet and take photos with the Super Hero himself when Iron Man Experience opens in 2016.

As part of the largest expansion in the park’s history, Disney’s Animal Kingdom will invite guests into the world of AVATAR, and the entire park will transform after dark with new nighttime entertainment experiences, offering guests longer days than ever before to experience this one-of-a-kind theme park.

The reimagining of Disney’s Hollywood Studios will take guests to infinity and beyond, allowing them to step into the worlds of their favorite films, starting with the all-new 11-acre Toy Story Land. Guests will become part of the adventurous outdoors of Andy’s backyard, including two new Disney Parks attractions and one expanded favorite.

The worlds, stories and characters of the Star Wars galaxy will come to life through new and enhanced experiences at Walt Disney World Resort in Florida and Disneyland Resort in California.

Star Wars Launch Bay – Opening later this year, this interactive experience will take guests at Disney’s Hollywood Studios in Florida and Disneyland park in California into the upcoming film, Star Wars: The Force Awakens, as well as the first six films in the Star Wars saga.

Season of the Force – This new seasonal event, beginning early 2016, brings new experiences to both coasts. In Tomorrowland at Disneyland park, guests will explore the Star Wars galaxy with special entertainment, themed food locations and Hyperspace Mountain – a reimagining of the classic Space Mountain attraction in which guests will join an X-wing Starfighter battle. Disney’s Hollywood Studios will feature a new fireworks spectacular set to the iconic score of the Star Wars movies on weekend nights.