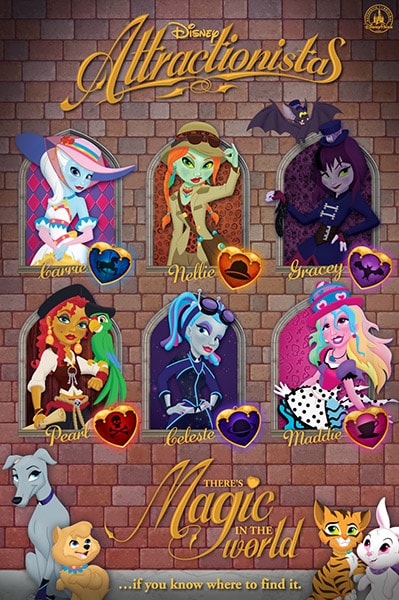 In January 2015, I shared a first look at some new dolls created especially for Disney Parks called “Disney Attractionistas.” I’m happy to report that the first four dolls in this collection were recently released at Disney Parks. I spoke with Victoria Hamilton, merchandiser for dolls and plush, to learn more about these Disney Parks-inspired items. 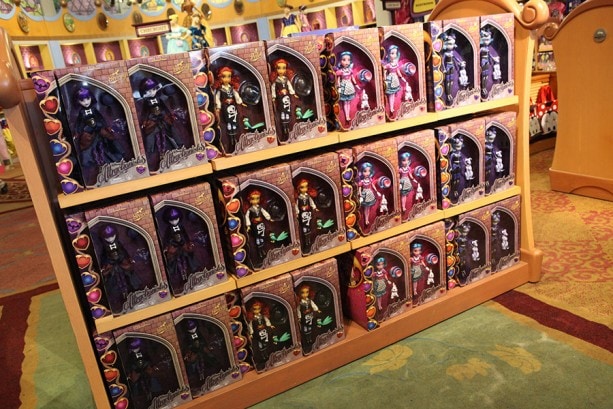 “Disney Attractionistas are special friends that love to be together at Disney Parks every chance they get,” explained Victoria. “As the story goes, each Attractionista wished to be part of their favorite attraction, and that it could be a part of them. Once their wishes came true, they were magically transformed with attire inspired by those various attractions. These 12-inch fashion dolls come with detailed clothing, a special animal sidekick and a fun story on the back of the packaging about things each doll enjoys. I think these dolls make great companions for any guest who loves Disney Parks.” 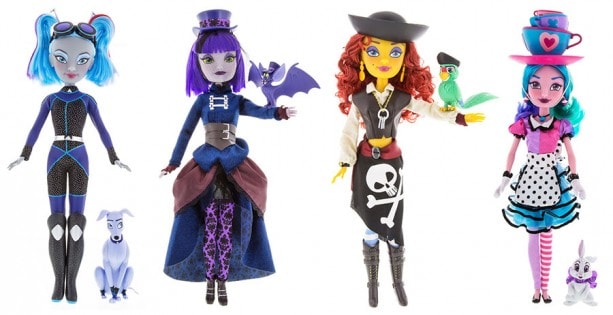 The first four Attractionistas were inspired by classic Disney attractions such as Mad Tea Party (Maddie), Space Mountain (Celeste), The Haunted Mansion (Gracey) and Pirates of the Caribbean (Pearl).

Two additional dolls will arrive this fall including Carrie, who was inspired by King Arthur Carrousel at Disneyland Resort and Prince Charming Regal Carousel at Walt Disney World Resort; and Nellie whose looks were inspired by the world famous Jungle Cruise. 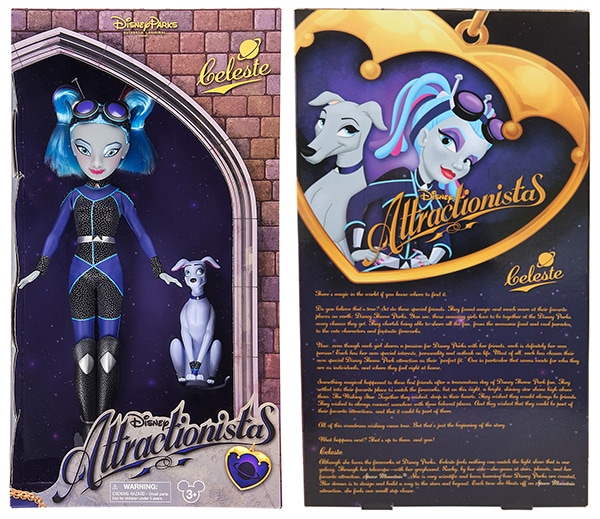 The Attractionistas will be carried in select merchandise locations at Disneyland and Walt Disney World Resorts, and they will be found on our Disney Parks online store.

We will be holding a special Attractionistas party on Friday, August 21 in Once Upon a Toy at Downtown Disney Marketplace in Florida. From 5:00 to 6:00 p.m., Mike and Dave from Disney Design Group will be meeting with guests and signing dolls.