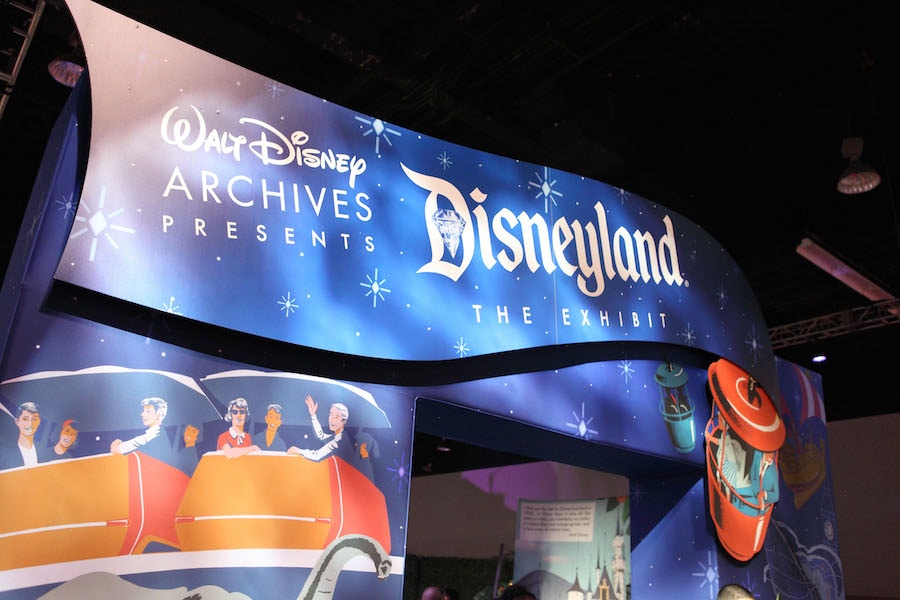 Tour The ‘Walt Disney Archives Presents-Disneyland: The Exhibit’ At The D23 EXPO 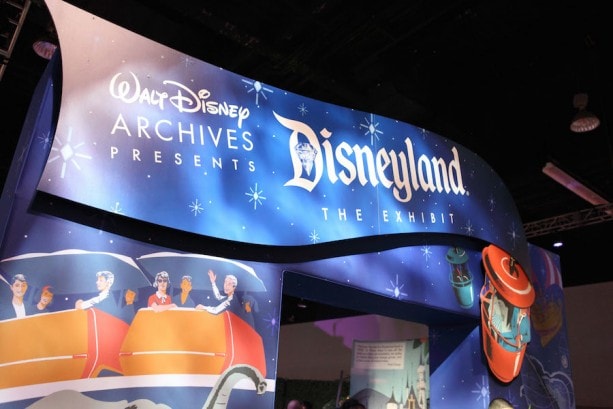 In honor of the the Disneyland Resort Diamond Celebration , this year’s theme for the exhibit was “Walt Disney Archives Presents—Disneyland: The Exhibit.” The display, measuring 12,000 square feet and offering up more than 300 historical items, was the largest exhibit the Archives has ever hosted. It was chock full of amazing pieces of Disney Parks history, such as the Abominable Snowman and Matterhorn Bobsleds vehicle. 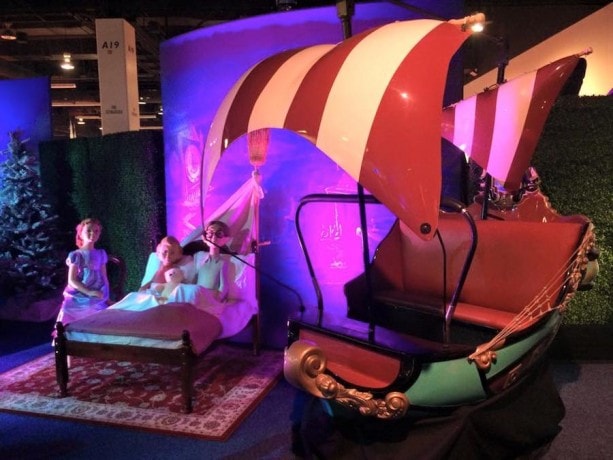 Fantasyland ride vehicles were also a popular sight. One display included a prototype of a ride vehicle from the Alice in Wonderland dark attraction, while another featured a pirate ship from Peter Pan’s Flight.

Aside from vintage ride vehicles, the original Maleficent dragon head from “Fantasmic!” at Disneyland park was available for up-close viewing, as was an illuminated bug from “Main Street Electrical Parade.” Props from The Country Bear Jamboree Vacation Hoedown included a tire swing, summer-themed guitars and other instruments. 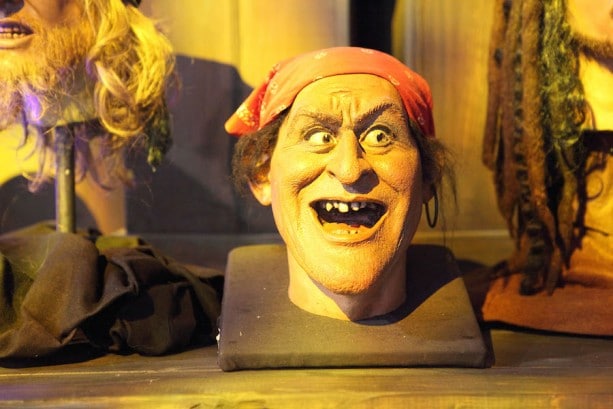 Some artifacts gave guests a behind-the-scenes look at the making of what are now considered to be classic Disney Parks attractions, such as models, maquettes, sketches, artist renderings, prototypes and more. 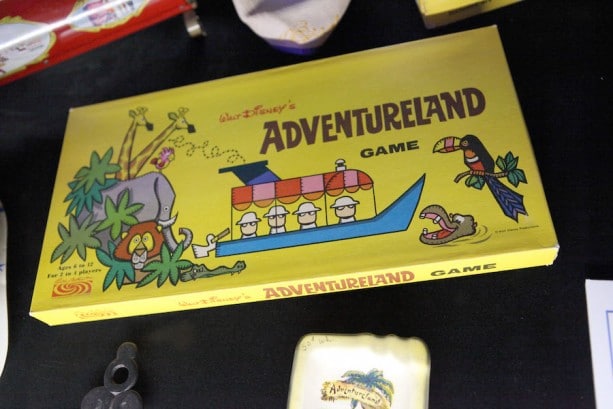 We were also excited to see some of the vintage Disneyland park merchandise included in the display, including mini-tombstones that could be personalized with guest names, Adventureland boardgames, tin Matterhorn coin banks, and much more.