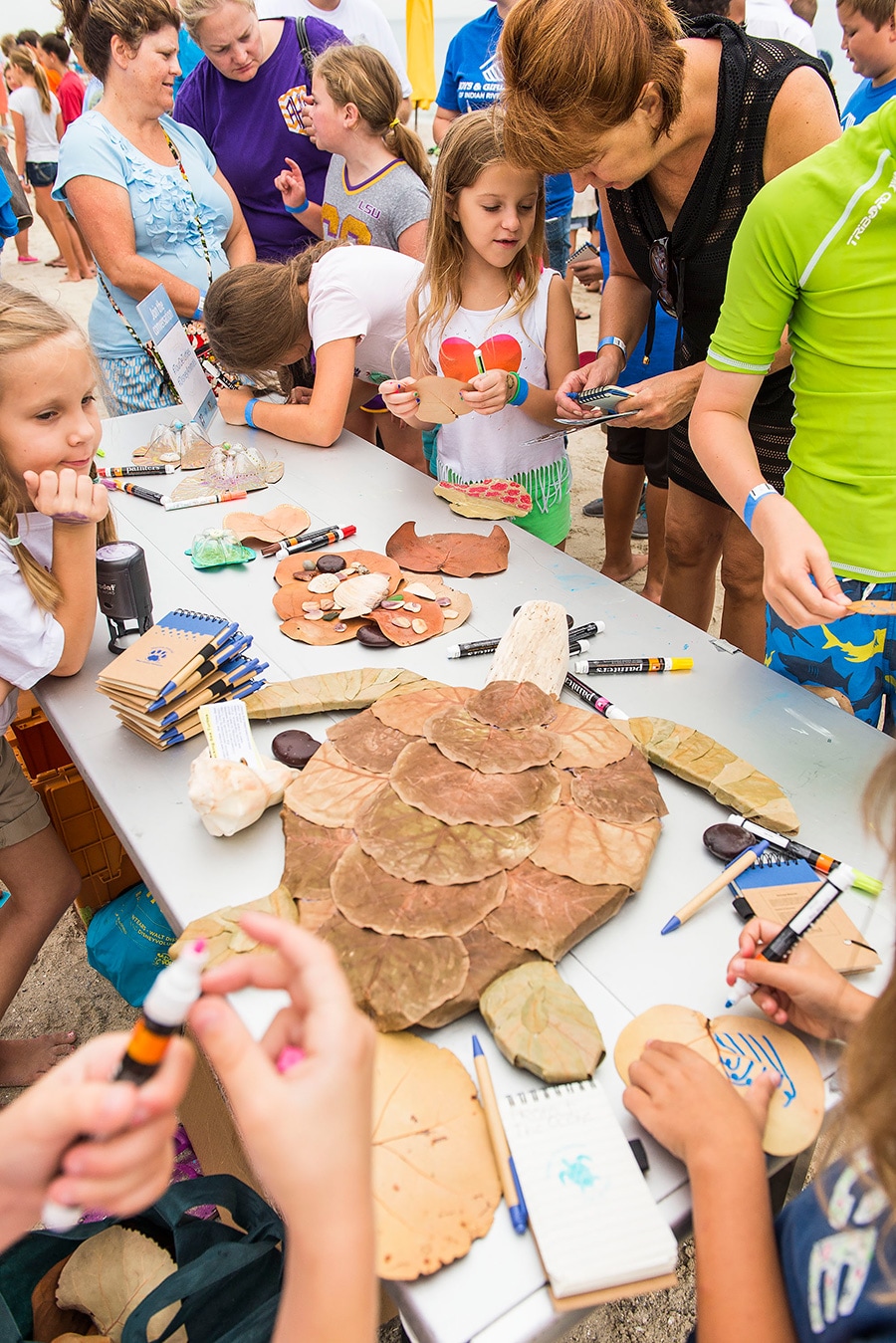 Wildlife Wednesday: Tour de Turtles 2015: The Race is On!

We celebrated our eighth annual Tour de Turtles last Saturday with lots of enthusiastic Disney Vacation Club Members and guests at Disney’s Vero Beach Resort. It was a huge hit! Excitement rose as researchers from Disney’s Animal Programs and the Sea Turtle Conservancy attached satellite transmitters to two loggerhead sea turtles, Tinker Bell and Marina. Cheers rang out later as the two conservation-marathon contestants crawled down the beach to begin their ocean journey.

The race is on!

While we were waiting for the sea turtles to start their migration marathon, guests took part in activities that helped them understand the many threats sea turtles face. Each turtle competitor in the Tour de Turtles is swimming to raise awareness for a specific threat that affects sea turtle populations. This year, Tinker Bell is raising awareness about light pollution on sea turtle nesting beaches. Little sea turtle hatchlings require starlight and moonlight to navigate to the ocean after hatching and can become disoriented in the presence of artificial light. Who would know better about using natural starlight to navigate than Tinker Bell, right? Our second turtle, Marina, is swimming to raise awareness about plastic debris in the world’s oceans. As a water fairy, she knows firsthand the benefits of keeping our oceans clean for all the creatures that live there!

The Tour de Turtles event is a favorite among guests and cast members alike because it allows them to connect with nature and learn how they can make a difference in sea turtle conservation efforts! And, the best part about Tour de Turtles is that the fun continues long after the turtles return to the sea! Because Tinker Bell and Marina, along with the other turtles in the race, were equipped with satellite transmitters, we can all follow them on their long trip back to their foraging waters. The satellite data also allow scientists from Disney’s Animal Programs and the Sea Turtle Conservancy to learn where our turtles are spending most of their time so that we can protect them long into the future.

Check out the slideshow and video for more sights and sounds, and don’t forget to track Tinker Bell and Marina on tourdeturtles.org!

Wildlife Wednesday: Tour de Turtles 2015: The Race is On!

view all
Likes (0)
Share Wildlife Wednesday: Tour de Turtles 2015: The Race is On!