We are just days away from the 2016 Miss America being crowned in Atlantic City. Contestants have been dreaming and preparing for this once in a lifetime opportunity, preparation that included a trip to Walt Disney World Resort. Last month 52 of the most intelligent, talented and beautiful women representing their home states and territories gathered together for the first time to get a little inspiration from several Disney Princesses. Cinderella, Princess Tiana, and Merida talked to the girls about kindness, bravery, and hard work; attributes that might help them write their own fairytale ending. 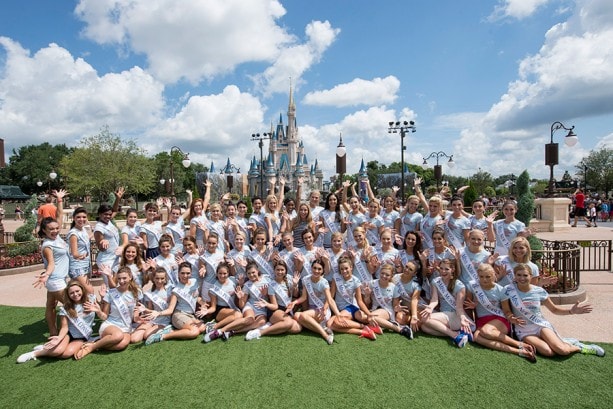 Following their Princess prepping, all the contestants joined the reigning 2015 Miss America, Kira Kazantsev for some fun in the Magic Kingdom and rides on their favorite attractions.

Here is a look at their unforgettable day.

So which contestant will have her dream come true and bring home the crown and scholarship? You can watch as Miss America returns to Atlantic City’s famous Boardwalk Hall, with live coverage of the final night of competition airing Sunday September 13 (9:00-11:00 p.m. ET) on the ABC Television Network.