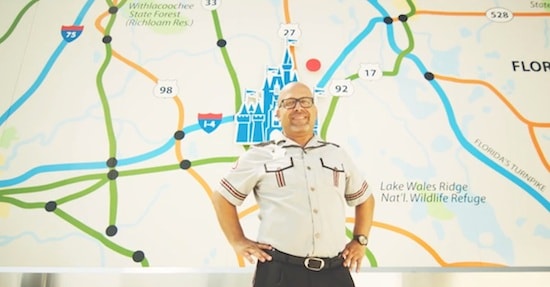 We are starting the celebration of Hispanic Heritage Month (September 15 – October 15) with a new video series that highlight a diverse group of Hispanic cast members.

In this week’s video, Hector Lopez will make you smile with his joyful personality that helps him every day in his role as a bus driver at Walt Disney World Resort.

One of the reasons that Hector ama trabajar (loves working) at Walt Disney World Resort is that he gets to meet and greet people from all over the world. He also enjoys visiting the theme parks with his familia because he is surrounded by the best entertainment in the world. And that is not a surprise since Hector is also a musician and has been playing the violin since he was ocho (eight) years old!