Disney Design Group artist Richard Terpstra (who is a super fan of the 1993 live-action film) designed three costume tees that resemble the Sanderson Sisters’ outfits. Each of the tees will have a “Hocus Pocus” logo on the back. 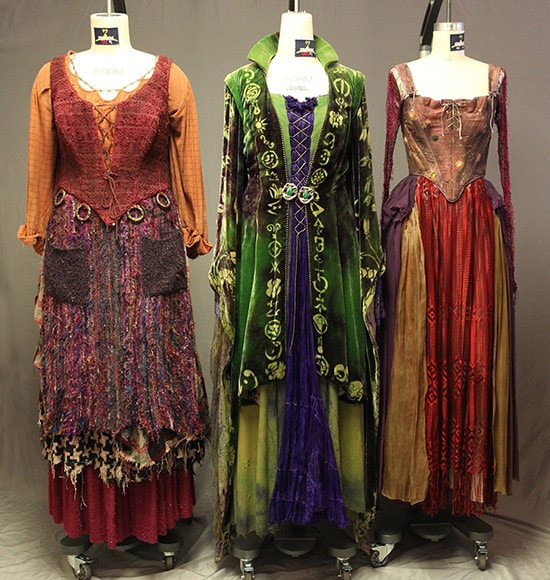 The coolest part about the costume tees is the images used are the actual dresses from the film. A few months ago, I photographed the costumes that were on loan from the Walt Disney Archives. Richard used those high-resolution images when designing these costume tees. It was a real treat to see these iconic costumes up close as I could see the little details found on each one. 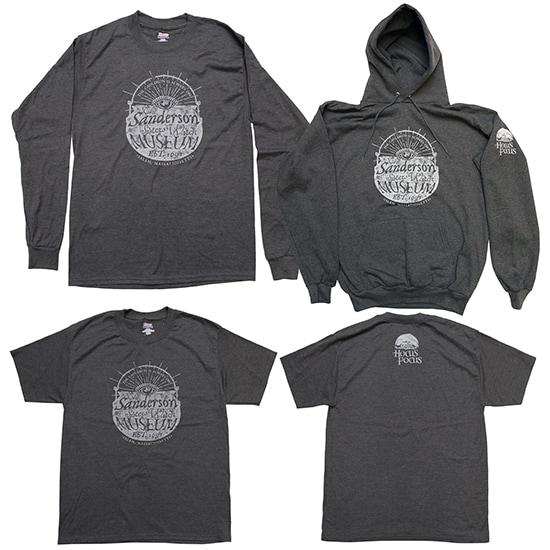 Richard also designed the “Sanderson Sisters Witch Museum” graphic that will be used on a short-sleeve tee, long-sleeve tee and hooded sweatshirt.

You can order these items starting September 21 at http://www.DisneyStore.com/ParkEvents. Please allow 4-6 weeks for delivery.