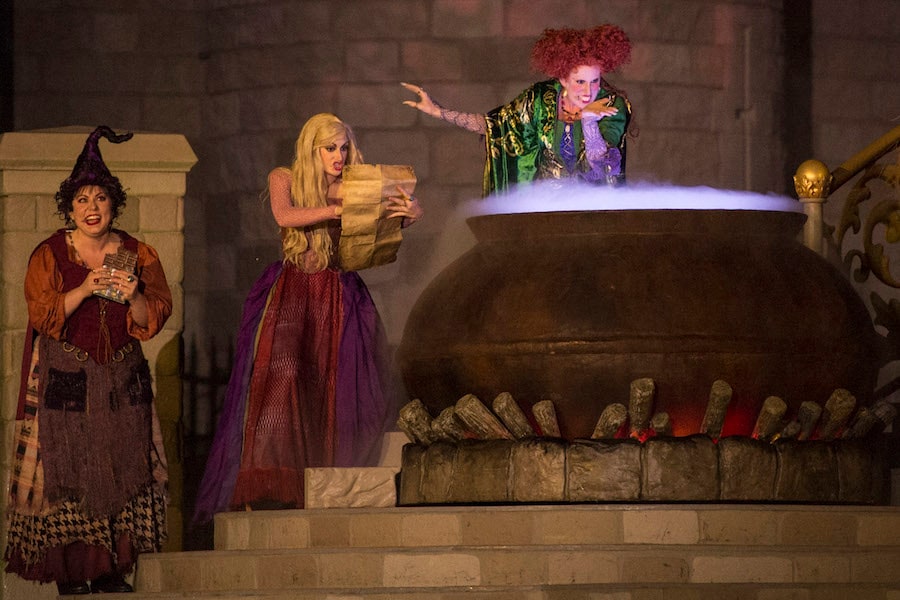 In the show, the Sanderson sisters – Winifred, Mary and Sarah – return to the mortal world with a plan to use their magic to throw the best Halloween party this side of the graveyard. To cast their spell, they aim to conjure the ultimate Hocus Pocus Party Potion, which requires “sinister shadows,” “nefarious nightmares” and “the powers of frightful friends.” And who would be friends with such mischievous witches? The Disney villains like Dr. Facilier and Oogie Boogie to Maleficent, Jafar, Captain Hook, and Lady Tremaine, of course!

Check out the show’s photos above – or click here for a video of the show.