Unforgettable Happens Here at Disney Parks, Starting With ‘The Proposal’

The code word was “French kiss”.

When our video director uttered that phrase, it was Marc-Andre Lavoie’s cue to do what he’s wanted to do for years: propose to his future bride, Katherine Fox, in front of Cinderella Castle.

And our cameras were there to capture it.

During one of their many visits to Walt Disney World Resort, the Daytona couple was selected to participate in a commercial. They were cast as lovebirds who share a kiss in front of Cinderella Castle. While chatting with the director, Lavoie revealed he was planning to propose to Fox at Walt Disney World Resort on a future date.

He says he was easily convinced to move up the date so our cameras could be there. 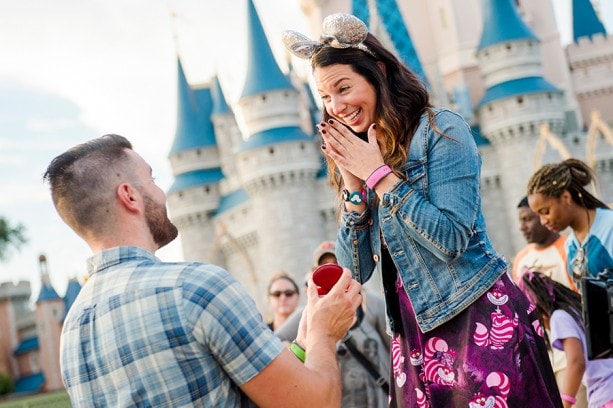 “I think I screeched a little in my voice. (I said) ‘Katherine, I love you so much,’ and I did a fourth of my prepared speech, and did the most important part, ‘will you marry me?’” Lavoie recalled. 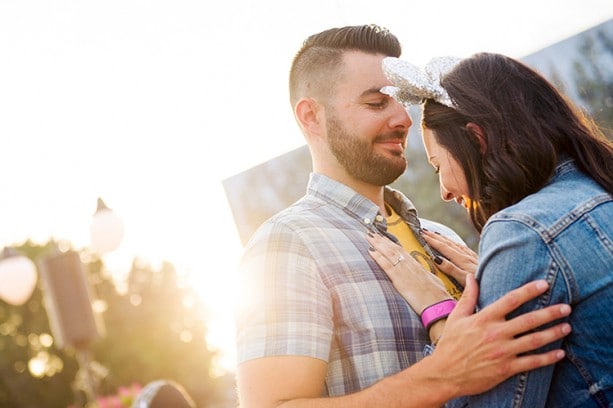 We know many of your big moments – many unforgettable moments – happen at Disney Parks. The heightened moments that bring families together and create indelible memories you share and cherish forever.

This year, we’ll share with you the moments our guests experience every second, every minute, every day, at Disney Parks.

Lavoie and Fox told me Walt Disney World Resort has been as important in their relationship as each other.

“Disney makes us the happiest. It was a no brainer to make the big moment happen (there),” Lavoie said.

Congratulations to the elated couple!

What are your unforgettable moments from Disney Parks?