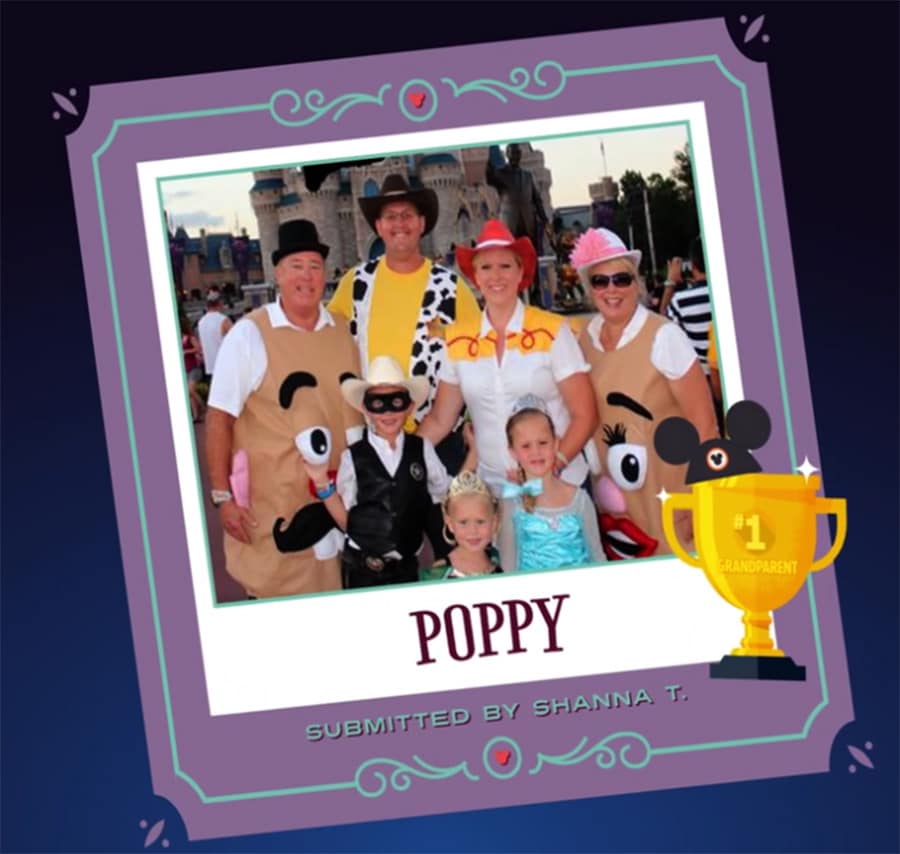 As part of our recent Walt Disney World’s Best Grandparent Contest, thousands of you shared your heartwarming stories and told us why your grandparents are the best. We have a surprise for one lucky grandparent – and their guests – on this special day: you’ve won a Grand Adventure!

Here’s an excerpt of the story Shanna T. submitted:

“A favorite “Poppy” event that occurs on a regular basis is the Disney “dance party” that occurs in his living room. As he plays the Walt Disney World Official Album, we watch as the kids march to the Walt Disney World Railroad tune, reenact the “It’s a Small World” characters and hop around knee-slapping to Country Bear Jamboree. Over the last several years, Poppy has been able to enjoy several Disney trips with his grandchildren (and even a few without), although his touring style over the years has greatly changed. On the last trip, during October 2014, Poppy was not able to keep up with the kids as much as he has been able to in the past. As Reagan, his oldest grandson, says “Why does Poppy have to try out every bench we see?” It became a reality that Poppy would need to undergo the necessary Aortic valve replacement to be able to continue to share in these magical memories that we hold dear to our hearts. In December 2014, he did just that. He has changed his lifestyle and changed his outlook on life. Next trip, he will be able to walk past that bench.”

Poppy can take his stroll during the Grand Adventure he’s won – an eight-day family vacation to Walt Disney World Resort for up to six people.

Congratulations again, Poppy, thank you to all of the grandparents out there.