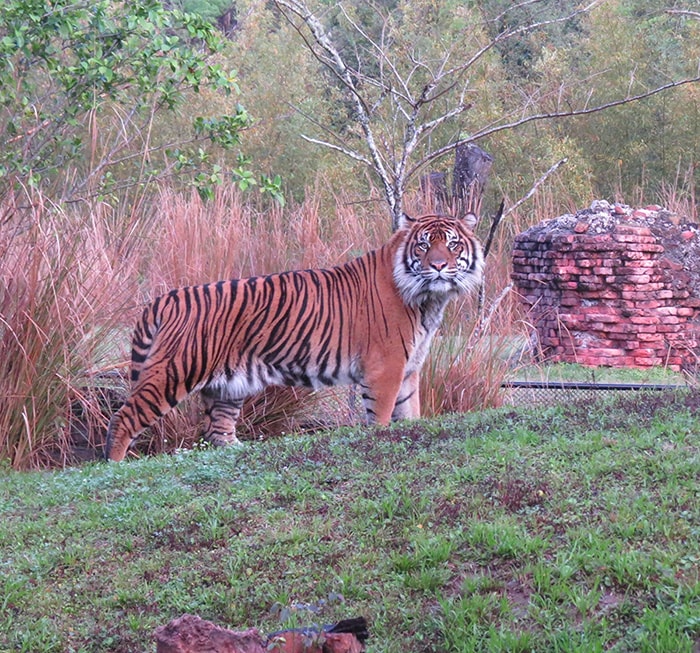 We want to introduce you to one of the tigers you may see along the winding trails of Maharajah Jungle Trek—Meet Malosi! 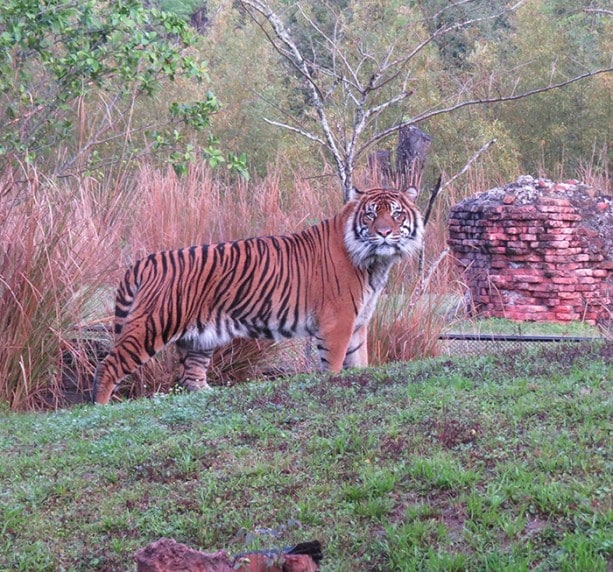 Malosi is our newest tiger at Disney’s Animal Kingdom. While Malosi, a male Sumatran tiger, gets used to his new habitat, he may be exploring both onstage and backstage areas on Maharajah Jungle Trek. You may see this curious cat cooling off in the water or resting in the sun.

As you may remember when we introduced you to Sohni last year, Sumatran tigers are the smallest subspecies of tiger and are found only on the small island in Indonesia where this tiger gets its name. Males like Malosi stretch 6.5-to-nearly-8-feet long, and typically weigh only between 220 and 310 pounds. While this may seem like a big cat, the Sumatran tiger’s cousin, the Siberian tiger (or Amur tiger, as they are also known), weighs between 400 and 600 pounds! 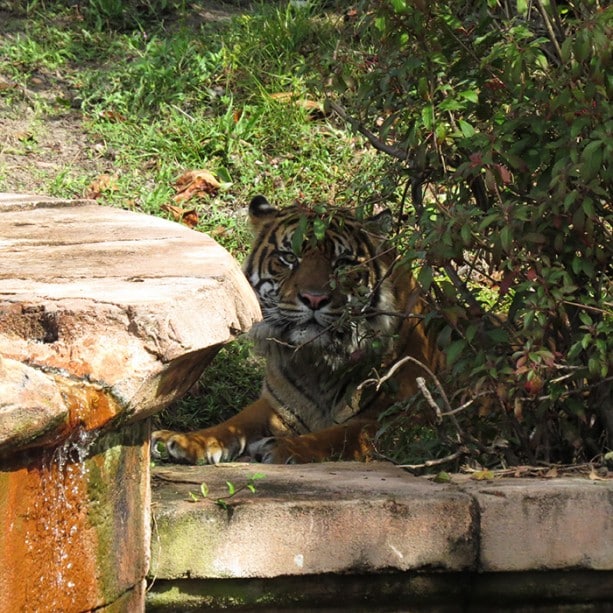 When you visit Malosi, Sohni and the other tigers here, keep these fun facts in mind:

Human impact has dramatically decreased Sumatran tiger numbers in the wild. They are critically endangered, with as few as 500 tigers left in the wild. Conservation organizations like those supported by the Disney Conservation Fund are working hard to make a difference. You can help tigers by donating to the Disney Conservation Fund at select merchandise and food and beverage locations on your next visit and don’t forget to say “hi” to our feline friends on Maharajah Jungle Trek.