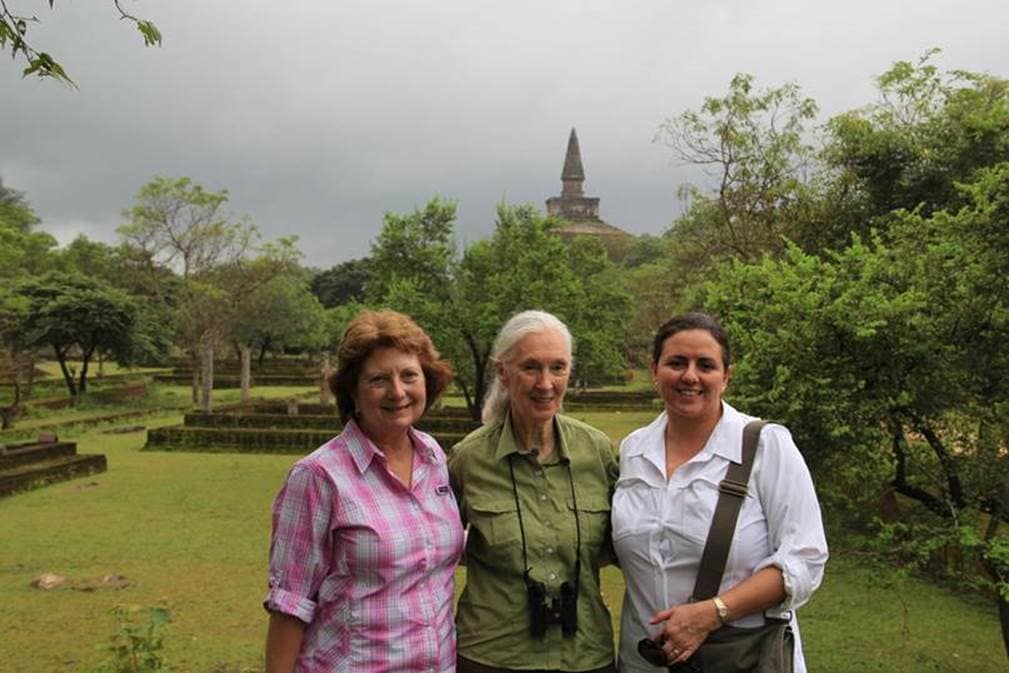 Wildlife Wednesday: The Magic of Disney Can Help Save Monkeys and Their Habitat 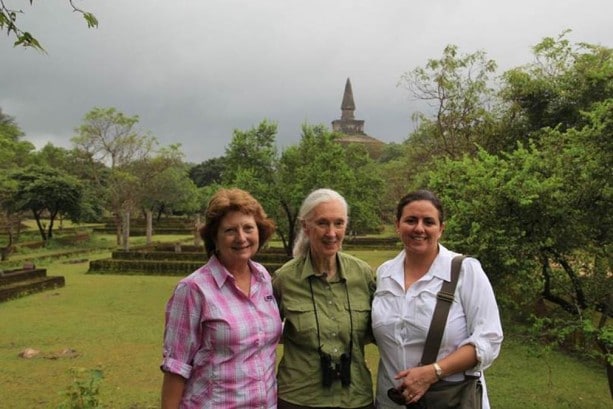 The scene is surreal. I am standing amidst the ruins of a temple in Sri Lanka that dates back 1,000 years. In the lush green meadow at the base of one of the massive stone structures, small golden-colored macaque monkeys sit and pluck shoots of grass to enjoy as an afternoon snack. Just off to my left, Dr. Jane Goodall, a longtime friend of Disney and Disneynature ambassador, is standing next to Dr. Wolfgang Dittus watching young monkeys – just inches away – playing in the tree branches.

Dr. Dittus has been studying this troupe of old-world monkeys for 40 years, and he can attest that the drama of their family is reminiscent of a soap opera. Many of you got to know Maya, a young mother, and her baby Kip when Disneynature’s “Monkey Kingdom” swung into theaters last April. 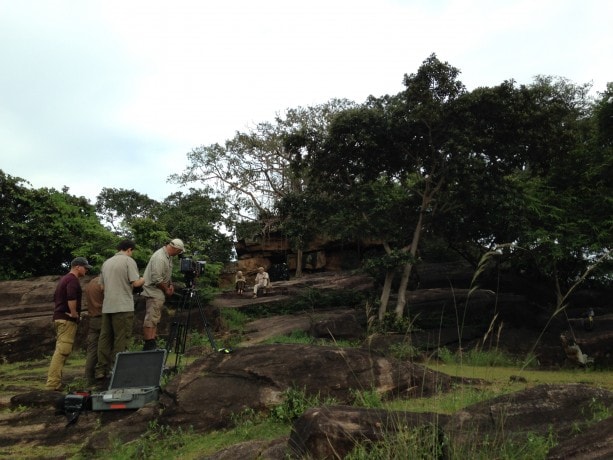 So while you may know all about Maya’s drama, did you know that by seeing the film in the first week of its release, you directly contributed to the conservation of monkeys like Maya and Kip? That’s because Disneynature gave a portion of each ticket sale to support conservation through the Disney Conservation Fund. And now when you buy the DVD or Blu-ray to enjoy at home, you’ll continue to support the efforts of Conservation International to protect forests that are home to monkeys (and lots of other animals) and provide clean drinking water to millions of people. The release also includes a behind the scenes look at the conservation project itself. The short is hosted by Dr. M Sanjayan, also a Disneynature Ambassador. It has been nominated for a Best Educational Program Award at the Jackson Hole Wildlife Film Festival. You can also learn more about what Conservation International is doing here.

I was lucky to see Maya, Kip and the rest of their family in person (after nearly 24 hours traveling from Los Angeles!) and witness some of the magic that goes into creating a Disneynature film. Now you can invite these adorable monkeys into your home for even more fun – including a look behind the scenes at the film and the music video for “It’s Our World” by Jacquie Lee. And as you and your family enjoy the antics of this endearing troupe of macaques, you’ll know that there will be many future generations of monkeys like Maya and Kip because of the important conservation work supported by Disneynature through the Disney Conservation Fund.

Likes (0)
Share Wildlife Wednesday: The Magic of Disney Can Help Save Monkeys and Their Habitat