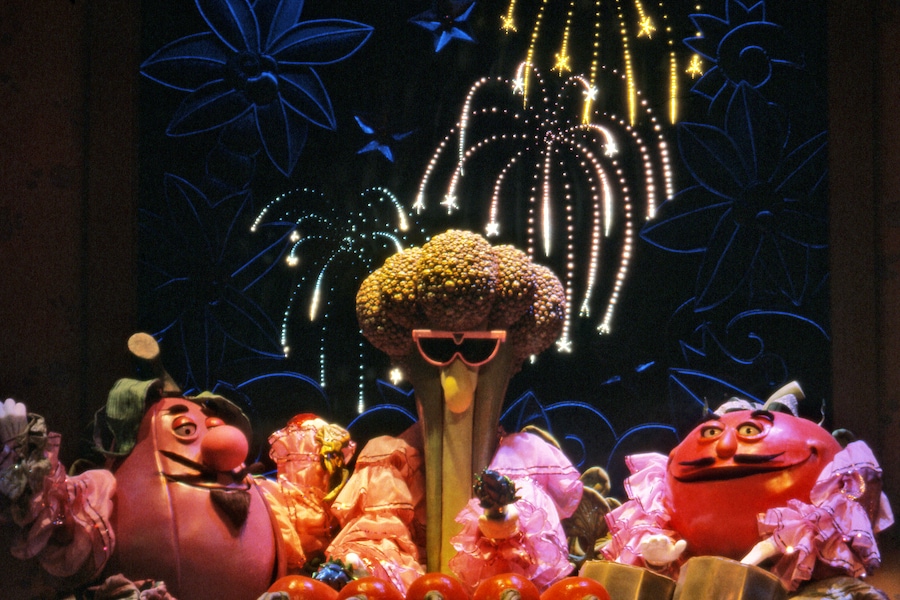 Kitchen Kabaret was one of Epcot’s opening-day attractions at The Land Pavilion, which promoted nutrition through songs and spirited characters. The show was hosted by Bonnie Appetite who had flat out adorable costumes and a kitchen that came to life with song.

In honor of Epcot’s anniversary month, here are five photos that make us fall in love with this “attraction of the past” all over again. 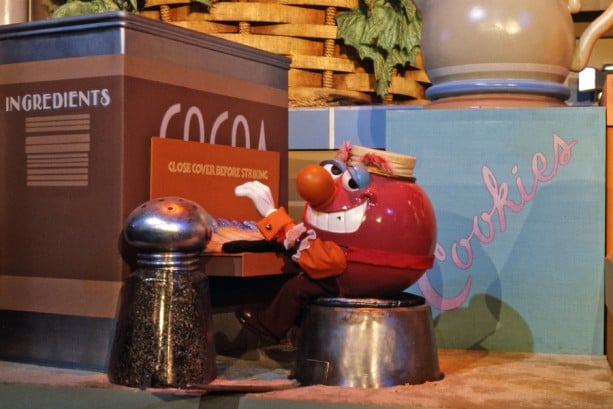 1. The Kitchen Krackpots launch into a ragtime number called “Chase Those (Meal Time) Blues Away.” 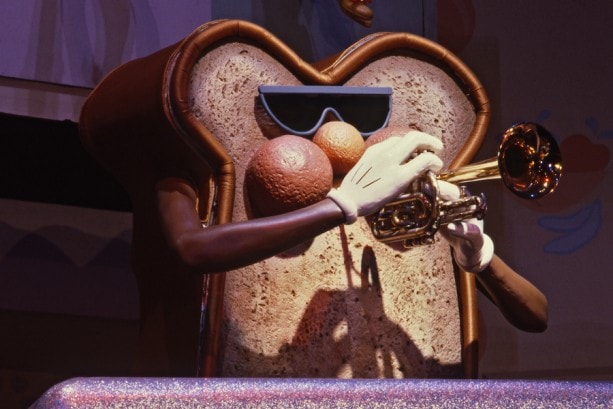 2. Cool crooner Milk and his back-up trio, Cheese, Yogurt and Ice Cream were next up, singing “The Stars of the Milky Way” from inside their chilly refrigerator. (I loved their cute little outfits!). 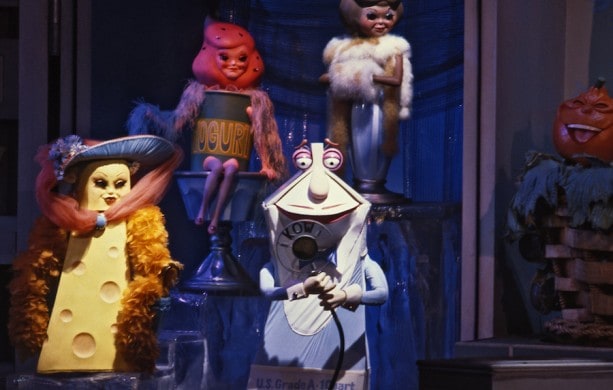 3. But not to be outdone, we also heard from the grains section. When Toast piped “Boogie Woogie Bakery Boy” on his toast-sized trumpet, he was simply the coolest … 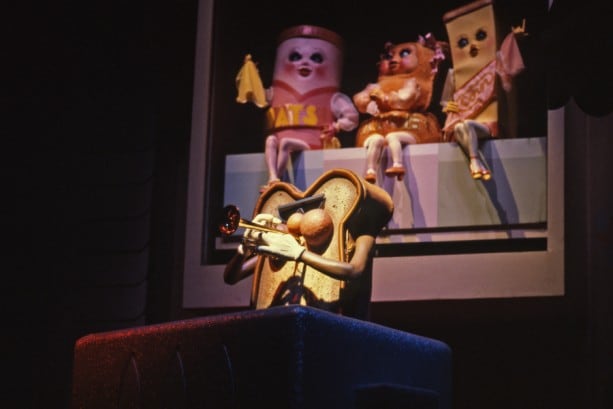 4. …and his swooning backup singers, The Cereal Sisters, totally agreed. 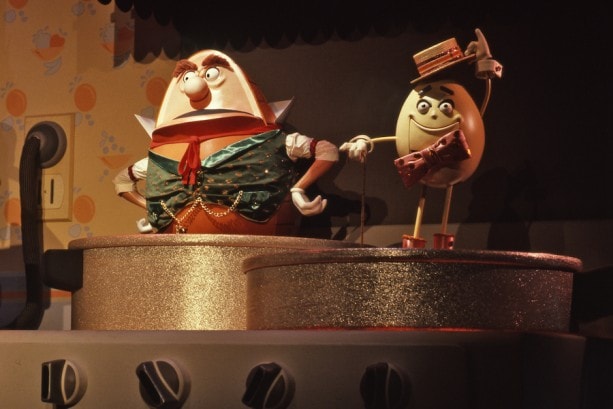 5. Stealing the spotlight from their surrounding musicians were the comic duo Hamm & Eggz. Eggz’s corny jokes eventually anger Hamm so much that he threatens to leave and join another protein group. 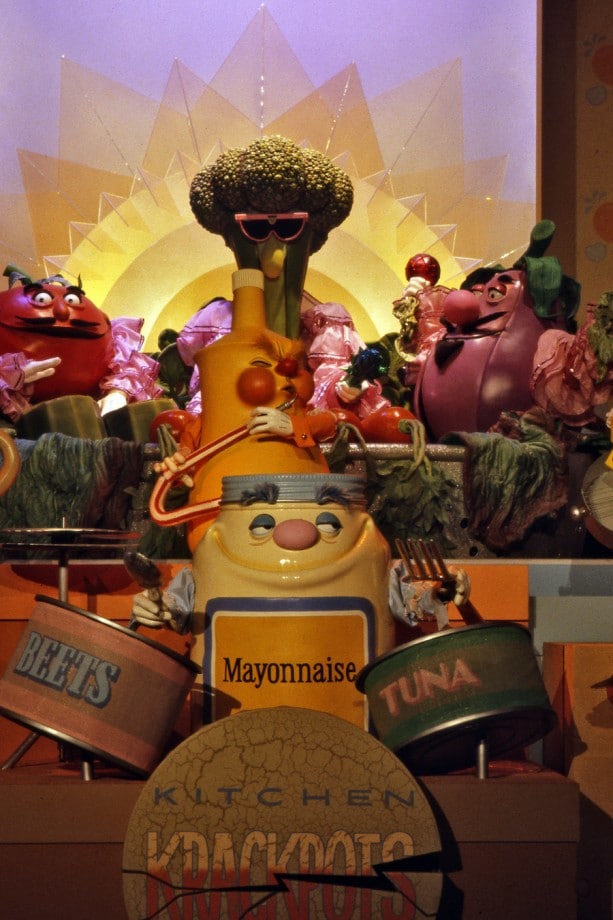 6. But perhaps the best song of all was “Veggie Veggie Fruit Fruit,” a Latin-inspired number played by the Colander Combo and Fiesta Fruit. Cha cha cha! 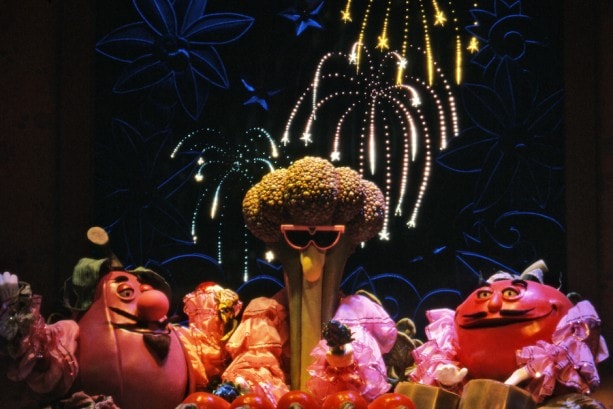 7. Because who doesn’t have a fireworks finale in their kitchen?