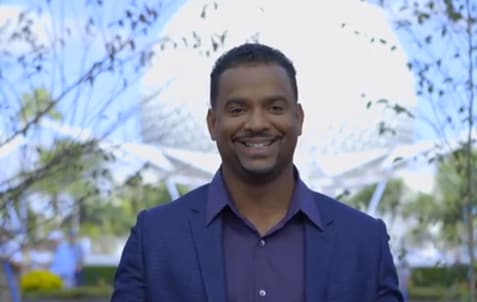 This season, the show’s $100,000 winners will compete for the chance to win the Grand Prize: An unforgettable vacation for six people to the Walt Disney World Resort in Florida and the new Shanghai Disney Resort in China – opening next year.

Premiering Sunday, Oct. 11 at 7 p.m. on ABC with a new look, new videos and a brand new host – Dancing with the Stars champion, Alfonso Ribeiro – the hit show continues to be a Sunday night tradition for millions of families.

We at the Disney Parks Blog caught up with Alfonso on a recent visit to Walt Disney World to attend a taping of the ABC’s Emmy-Award-winning show “The Chew.” Alfonso gave us a quick shout out for Disney Parks Blog and social media fans.

For information on submitting your video to AFV, go to AFV.com.

And be sure to check back here at the Disney Parks blog for more unforgettable moments.