It was a great week of anniversaries and openings on the Disney Parks Blog. To kick off October, we celebrated the anniversary of the 1971 opening of Magic Kingdom Park.

To mark the anniversary, we published a fun infographic, shared stories and even launched a new wallpaper. We also shared a fascinating video for Epcot’s anniversary on the same day. This week’s anniversary celebrations included six years of storytelling for the Disney Park Blog. If you missed our special Orange Bird MagicBand giveaway, you can grab our first-ever Disney Parks Blog themed wallpaper this weekend. 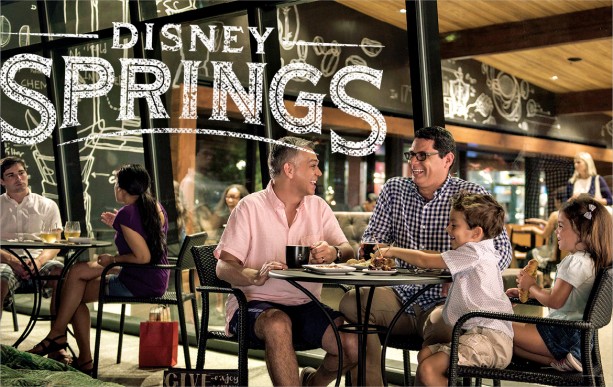 And earlier this week, the “Disney Springs” name change became official. Disney Springs is now live online at disneysprings.com and via Twitter at @DisneySprings. Morimoto Asia also officially opened to guests this week at Disney Springs. Be sure to keep an eye on the Disney Parks Blog for more updates from Disney Springs.

Disney Parks Blog Readers Chow & Dine at Food & Wine – Earlier this week we celebrated the return of the Epcot International Food and Wine Festival with 500 Disney Parks Blog readers at a special event in World Showplace.