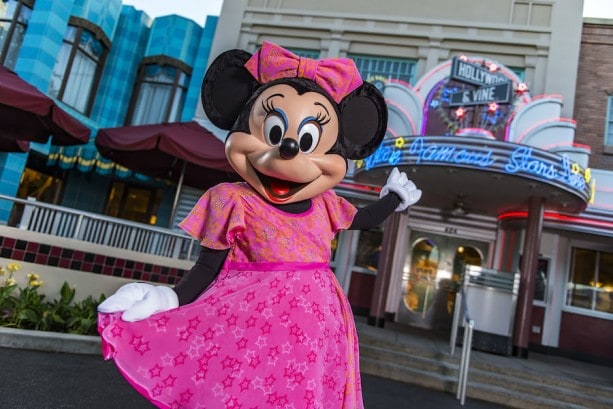 This week, we shared some attention-grabbing announcements with Disney Parks Blog readers, including an update that Minnie and pals will continue to host dinner at Hollywood & Vine at Disney’s Hollywood Studios year-round. 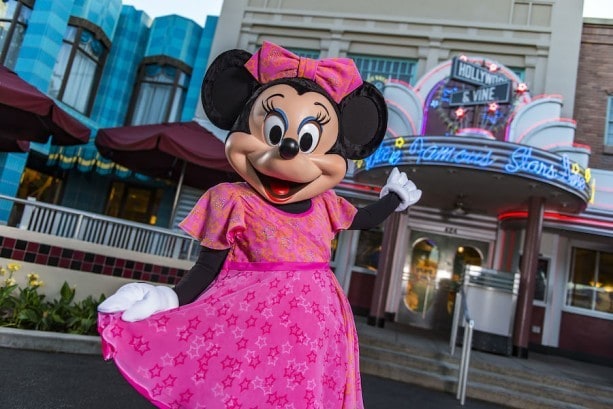 With each new season, look for the experiences to feature unique music, décor, all-new costumes, menu items and interactive musical moments. Reservations open October 27 for the next seasonal dine. From January 4 to March 20, Minnie will be hosting a dinner party celebrating the magic of the movies and the glamour of Hollywood.

And now that Fall flowers are in full bloom at Disneyland park, Shannon took the opportunity to share a beautiful look at the foliage you’ll see during a visit. She also included a complete list of featured foliage from our talented horticulture team in her original story.

Halloween How-To: Carve Pumpkins Like A Disney Pro – Lon Smart, a Creative Concept Artist for Disney Parks, has a very cool job this time of year. He gets to design a lot of the pumpkins you see on Main Street, U.S.A., at Magic Kingdom Park during Mickey’s Not-So-Scary Halloween Party.

Make-A-Wish and Disney Celebrate 100,000 Wishes Together – During a special ceremony last night, Make-A-Wish celebrated the 100,000th Disney wish, marking a momentous milestone in the organization’s 35-year relationship with The Walt Disney Company. Together, Disney and Make-A-Wish bring comfort and smiles to wish kids and families when they need it most.

Wildlife Wednesday: Water Buffalo are a New Species at Disney’s Animal Kingdom – We are proud to announce that three water buffalo have been introduced to the Maharajah Jungle Trek at Disney’s Animal Kingdom. Rose, Dorothy and Blanche are enjoying the comfort of the grassy fields and brush, which they share with the blackbuck, Eld’s deer, Sarus cranes, ruddy shelducks and bar-headed geese.

Disneyland Diamond Days to Award Dazzling ‘Sleeping Beauty’-Inspired Crown Among Other Prizes – As part of the Disneyland Resort Diamond Celebration, guests have the chance to win dazzling prizes in the Disneyland Diamond Days sweepstakes. In addition to individualized, VIP tours of the parks as only Disney can do, Disneyland Resort vacations and authentic diamonds custom-engraved for Disney, guests can also enter for a chance to win this gorgeous, bejeweled crown inspired by the Disney film, “Sleeping Beauty”!

A Unique Point of View: Pool Slides at the Hotels of the Disneyland Resort – We seem to be experiencing an “endless summer” in Southern California — with temperatures in Anaheim in the ‘80s this week. So I thought it would be appropriate for one last water slide video.

Interview with the Hatbox Ghost in the Haunted Mansion at Disneyland Park – Ever wonder what’s going on inside the head of the Hatbox Ghost? In a story that originally ran in the Disneyland Resort Line, a magazine published exclusively for Disneyland Resort cast members, the spirit – who’s caused a sensation since he reappeared at the Haunted Mansion earlier this year – shared his thoughts on fame, rumors and attic haunting.