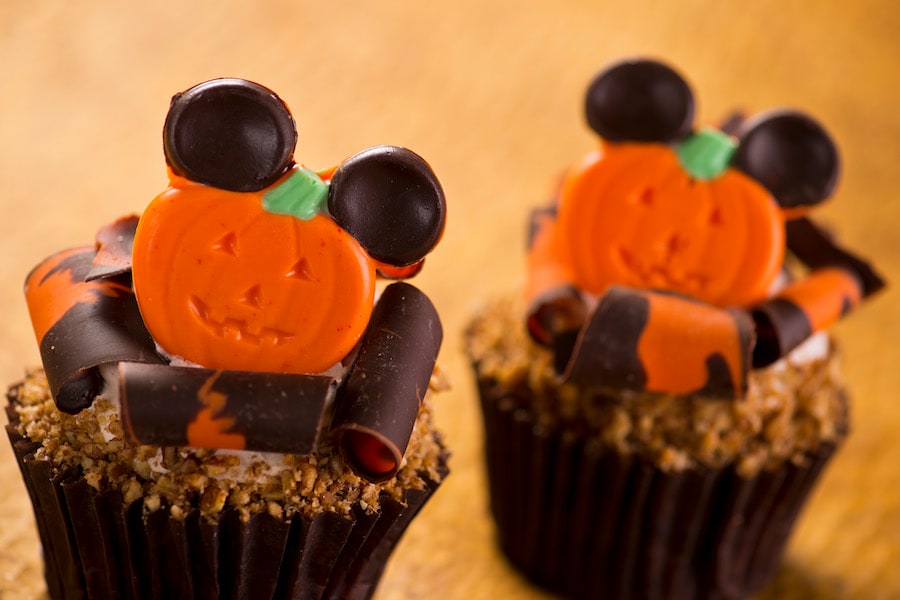 We’ve talked about all the Halloween treats in Magic Kingdom Park at Walt Disney World Resort, so here’s the rundown of all the seasonal goodies you’ll find in the other three theme parks. 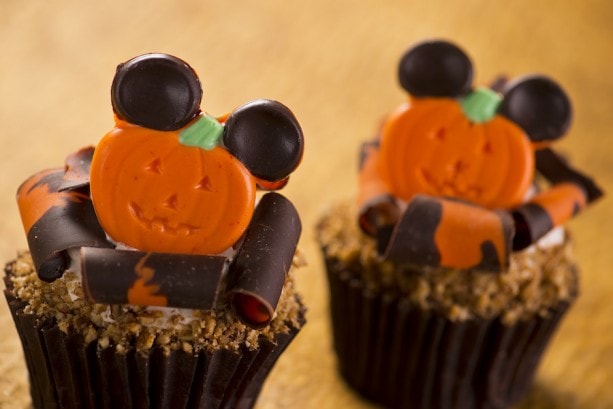 At Epcot, head to Kringla Bakeri og Kafe in the Norway pavilion for a Spooky Olaf – a brownie shaped like a ghost covered with white fondant and Olaf’s face. Over in Future World at Fountain View, you’ll find a chocolate owl cupcake filled with chocolate marshmallow and sandwich cookie eyes, and at Sunshine Seasons, a candy corn push pop that’s orange, lemon or mango with layers of vanilla mousse. You’ll find all of these tasty treats the week of Halloween. 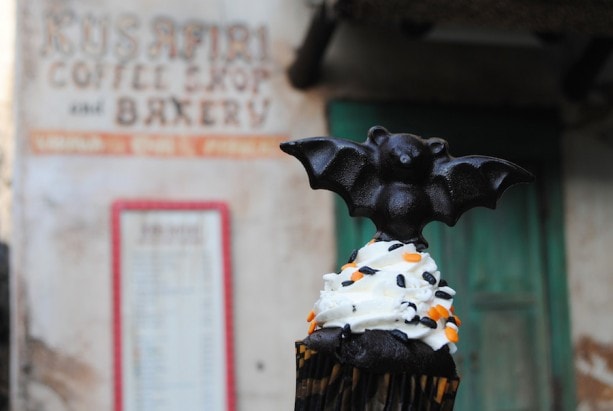 From October 4-November 1 at Disney’s Hollywood Studios, you’ll find a carrot cake with a pumpkin Mickey topper at The Trolley Car Café, ABC Commissary, Pizza Planet, Backlot Express and Starring Rolls Café. From November 2-November 30 in the same locations, there’s a Holiday Harvest Pumpkin Cupcake with a Mickey topper. Both count as a snack on the Disney Dining Plan. 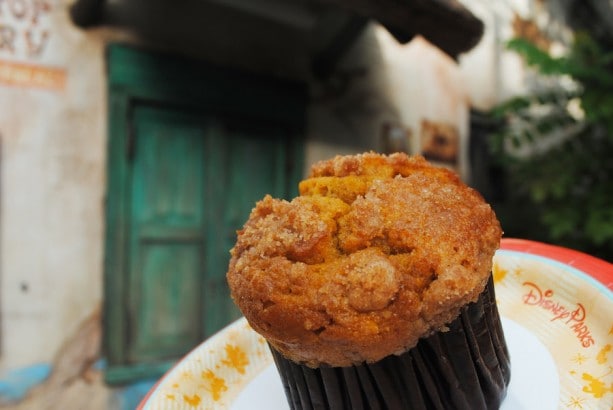 At Disney’s Animal Kingdom, on October 31 you can enjoy at Bat Cupcake at Kusafiri Bakery and Isle of Java. Then on November 26, a fall cupcake debuts at the same locations. Both count as a snack on the Disney Dining Plan. And Tusker House Restaurant will showcase mini-pumpkin muffins and pumpkin cheesecake on the buffet.

Indulge a little, ‘tis the season!