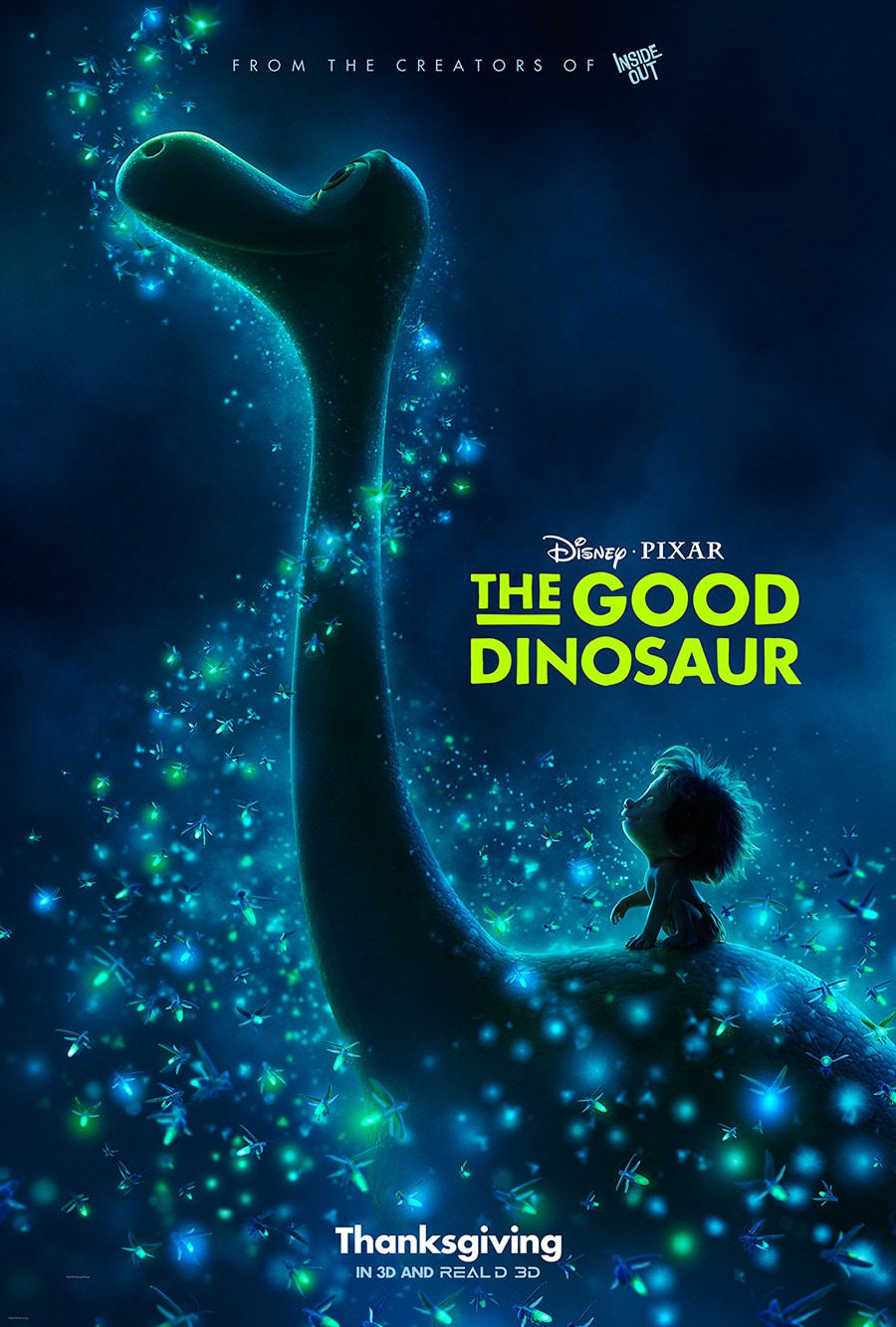 Imagine if the asteroid that forever changed life on Earth missed the planet completely and giant dinosaurs never became extinct. That’s the premise behind Disney•Pixar’s epic adventure, “The Good Dinosaur,” coming to theaters this Thanksgiving. Beginning October 16, guests visiting Disney Parks will be able to catch a preview of scenes from “The Good Dinosaur” in sneak peeks planned for Disney California Adventure park and Disney’s Hollywood Studios.

At Disney California Adventure park, “The Good Dinosaur” preview will be presented at the Bug’s Life Theater with special in-theater effects. Guests at Disney’s Hollywood Studios will get to see this advance look at clips from the film, as part of the One Man’s Dream attraction on Mickey Avenue.

In “The Good Dinosaur,” Pixar Animation Studios takes you on an epic journey into the world of dinosaurs, where an Apatosaurus named Arlo makes an unlikely human friend. While traveling through a harsh and mysterious landscape, Arlo learns the power of confronting his fears and discovers what he is truly capable of.