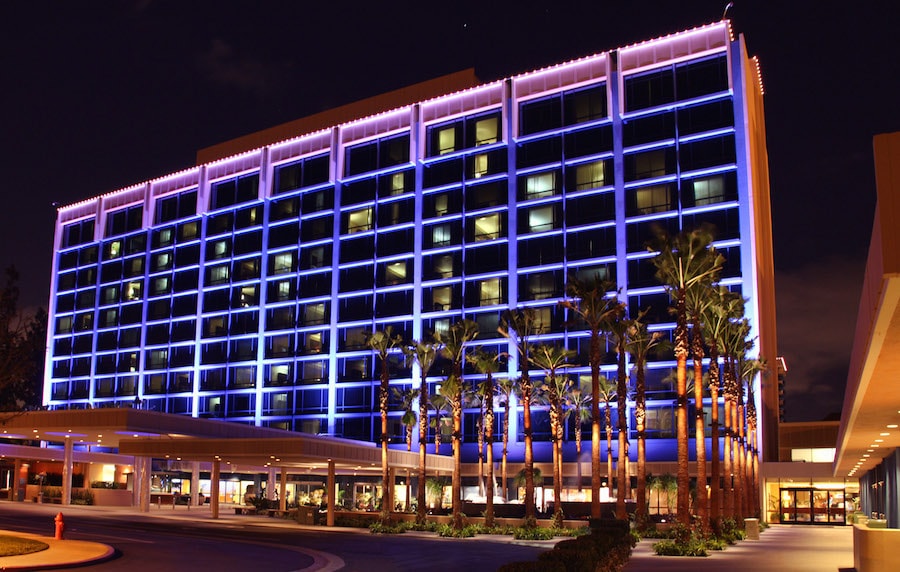 Sixty years ago today, the landmark Disneyland Hotel opened its doors just three months after Disneyland park opened to the public. Designed as a hotel with families in mind, the Orange County hotel was the first major resort to be built in Southern California since the early 1940s.

After 60 dazzling years, the Disneyland Hotel continues to create magical memories for families visiting the Disneyland Resort. Here are some photos and fun facts! 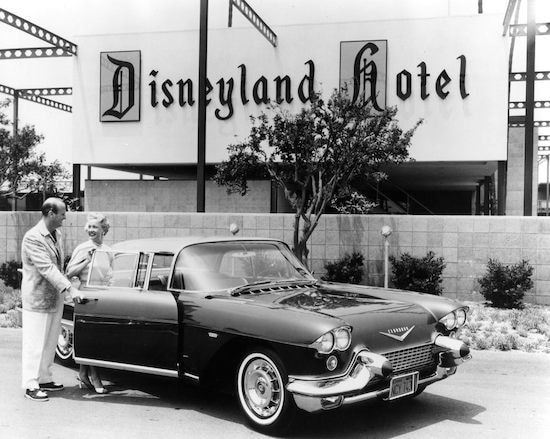 During its first year of operation, the hotel had only 104 guest rooms. Pictured above are the original owners, Jack and Bonita Wrather. The Disneyland Hotel was built and owned by Walt Disney’s friend, Jack Wrather, until The Walt Disney Company purchased the Wrather Corporation in 1988. 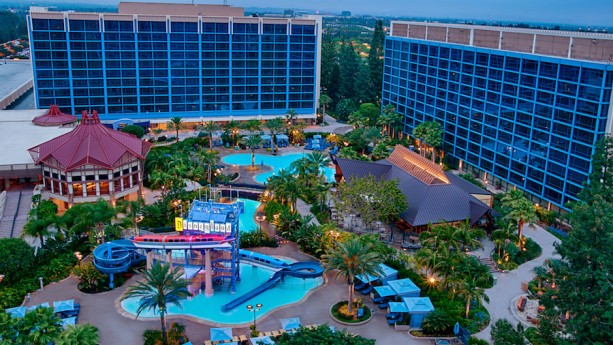 Today the Disneyland Hotel has 975 beautifully appointed guest rooms, including a unique collection of themed suites—from the Big Thunder Suite to the Pirates of the Caribbean Suite. 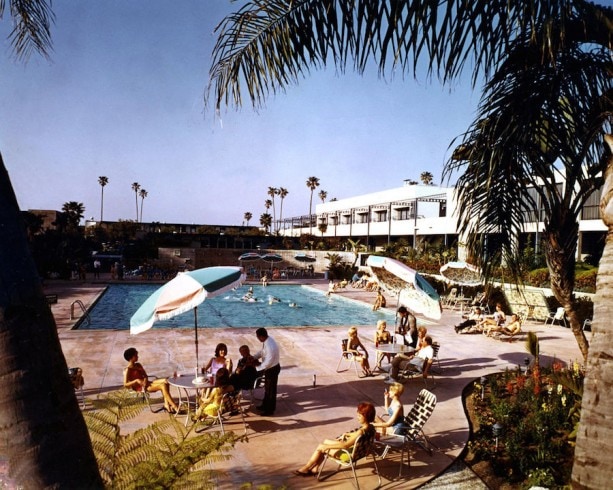 The Coral Swim Club at the hotel was added in 1956, which included a year-round heated swimming pool. As an added amenity, food and refreshments were served poolside as guests lounged in the sunshine. Today the hotel boasts three pools, two waterslides, spas and poolside cabanas. If you’re wondering what it’s like travel down the two Monorail-themed slides, which were added in 2011, check out the video here. The 3.5-acre World of Water marina opened in 1970, showcasing the latest designs in powerboats, cruisers, sailboats and even a fully furnished houseboat! And yes, those are helicopters sitting where today’s Goofy’s Kitchen and Steakhouse 55 are located. 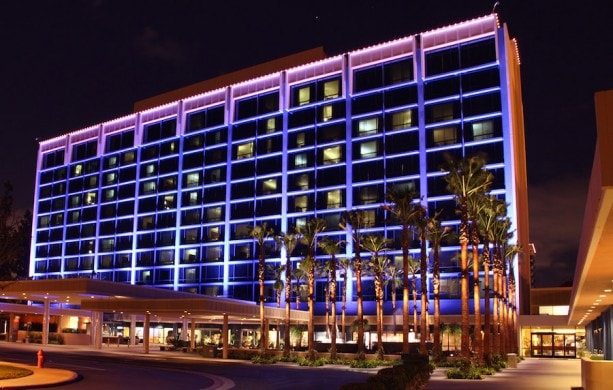 Today, the Disneyland Hotel sparkles with décor as part of the Disneyland Resort Diamond Celebration. Located just steps from the Downtown Disney District and both theme parks, the hotel offers a variety of experiences for guests of all ages.

Happy 60 years to the Happiest Hotel on Earth!