This week in “Villain’s Gallery,” we’re taking an up-close look at the Wicked Queen from the 1937 film, “Snow White and the Seven Dwarfs.” When it comes to Disney history, the Wicked Queen is incredibly important! She was the first Disney villain to appear in a full-length feature film and therefore set the bar for all Disney villains who would follow in the years to come. 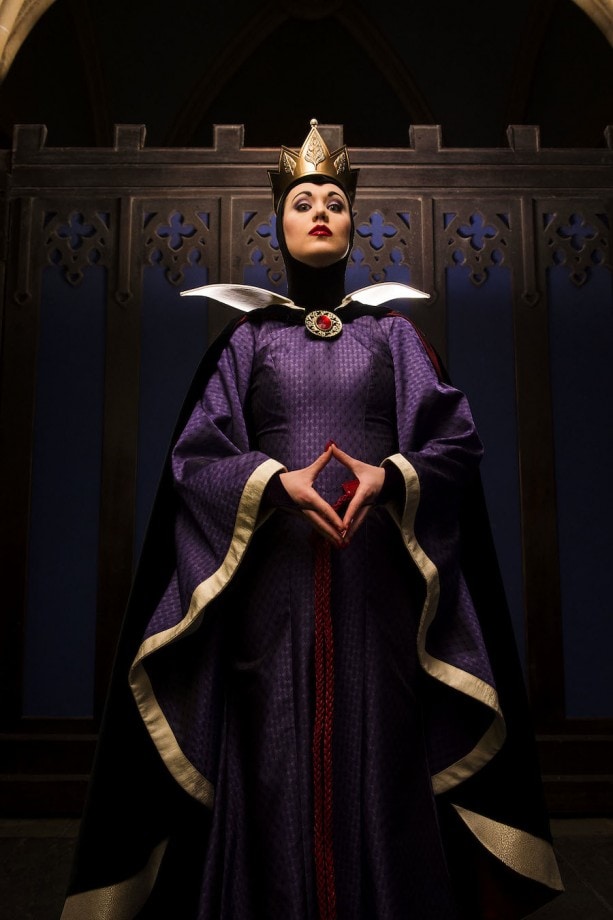 Incredibly vain and envious of Snow White from the start, the Wicked Queen’s jealousy spirals out of control when the Magic Mirror declares Snow White to be “the fairest in the land.” The Wicked Queen first has her henchman chase Snow White into the woods, and then when realizing the plan failed, pursues her on her own to hand deliver a poisoned apple. Luckily for Snow White, she made enough friends (and met a handsome prince) that helped her win out in the end.

Thanks to Mariah Wild for the images.

For more from the Villian’s Gallery series, visit the post below: