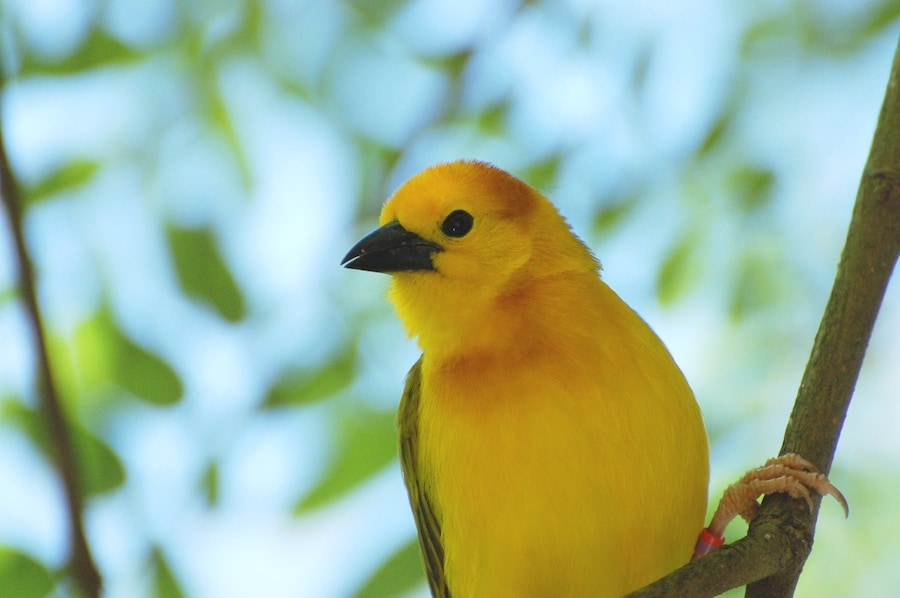 Each week we share stories about the newest baby animals, updated conservation stories and new species being introduced to our animal areas around Walt Disney World Resort. This week, I want to tell you about the remarkable effort that saved one of our Taveta golden weavers, a bird native to Kenya and Tanzania. 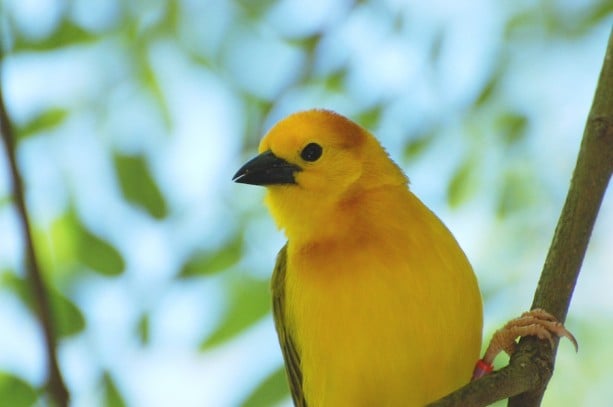 Late one evening at Disney’s Animal Kingdom, a Taveta golden weaver chick was attempting to fly when it was injured by a Hamerkop bird inside the aviary along the Pangani Forest Exploration Trail. The young chick was in critical condition when a keeper brought the bird to the vet hospital at Rafiki’s Planet Watch. The attack caused damage to the trachea, and the chick, who weighed only 15 grams, appeared to have a difficult time breathing.

“His trachea had basically started closing in on itself from all the inflammation so he couldn’t breathe,” said Veterinarian Dr. Natalie Mylniczenko. “The advantage of birds is that they also have air sacs in their body which help with flight, but are also an integral part of their respiratory system.” 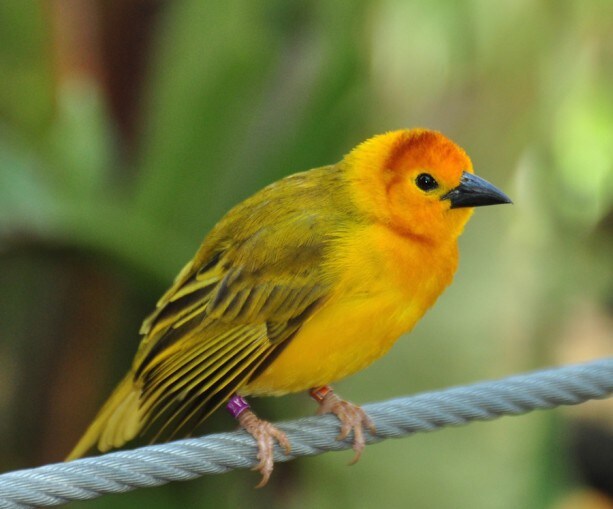 Dr. Natalie and a team of keepers and veterinarians knew they had to think fast to save the chick’s life. They thought of a minor procedure, usually performed on larger birds, that allows them to put a tube into a bird’s air sac so that the bird can breathe through the tube until the trachea is healed.

“We had to basically create a tube, so we took an IV catheter for a larger animal, snipped it, smoothed it, popped it in and sewed it in,” Dr. Natalie said. “Remarkably, it worked really, really well, and then we gave him medicine and supportive care. By the next day, his trachea had completely gone back to normal [so that] we were able to take the tube out. It was a really quick turn-around.” 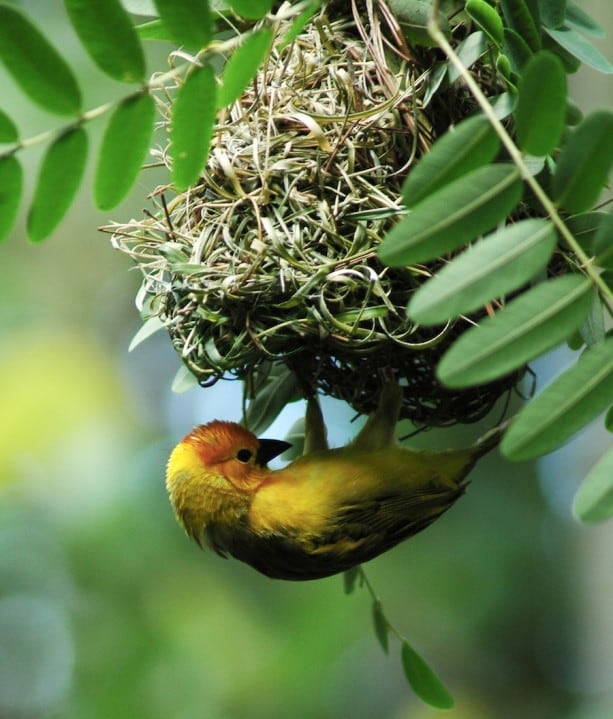 This is just one of the great examples of how our cast members work to take care of our animals every day. We can also use success stories like this to share knowledge with other animal-care facilities for future reference and use.

“A week or two later, the keepers said, ‘We can’t even tell which bird he is anymore!’ I had a lot of amazing technicians around me to keep the bird alive while we were trying to pull together what to do. It was just remarkable,” Dr. Natalie said.

Visit DisneyAnimals.com to learn about some of the animals you can find at Walt Disney World Resort.