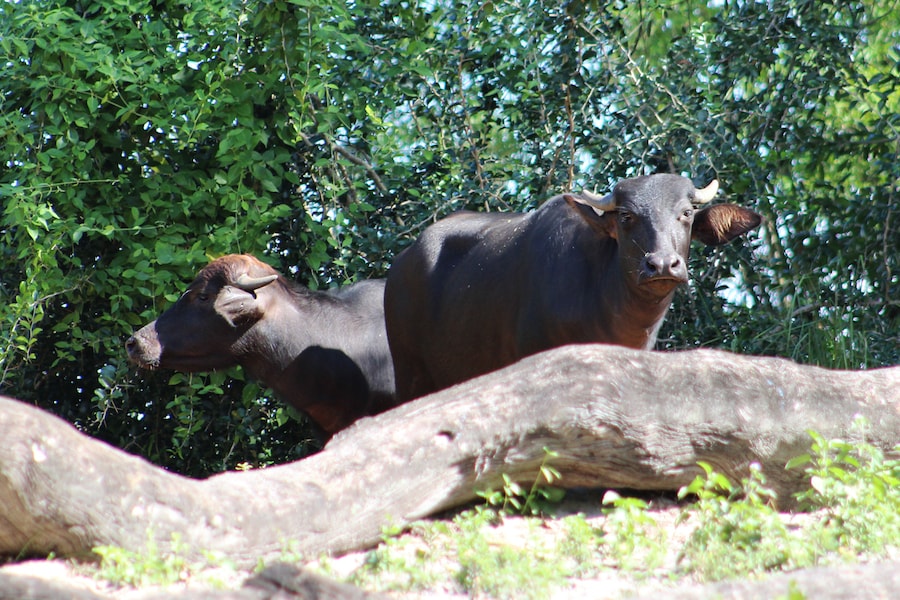 We are proud to announce that three water buffalo have been introduced to the Maharajah Jungle Trek at Disney’s Animal Kingdom. Rose, Dorothy and Blanche are enjoying the comfort of the grassy fields and brush, which they share with the blackbuck, Eld’s deer, Sarus cranes, ruddy shelducks and bar-headed geese. One of our cast members came up with the names for the trio, and they seem to fit pretty well so far.

The three girls have developed into a close-knit group and like to follow each other everywhere they go. Guests might see them laying in a triangle with their backs to each other as they get used to their new home. This sitting position allows all three of them to be watching each side of the group while they continue to get acclimated to the space. This is a behavior that a lot of hoofed animals will use in the wild to keep an eye out for predators. 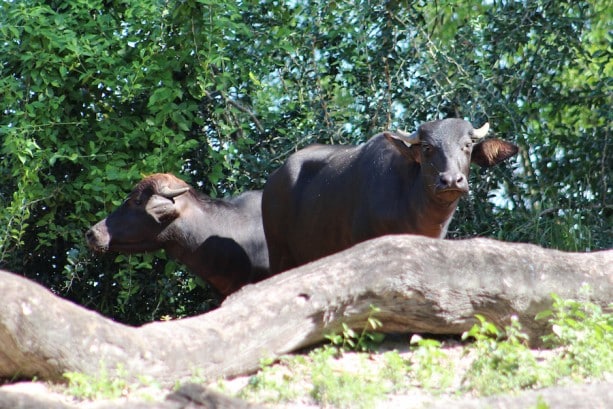 Cast members working with the water buffalo are excited for the new species. Keeper Amy Burgess has worked with many different animals in her career, and even a few species of cattle. However, she’s never worked with water buffalo before a few months ago.

“It’s always exciting to work with something new and different,” Amy said.

To benefit this species, we made some changes to the exhibit specifically for them. The area where the water buffalo spend their time now includes a pool because water buffalo have fewer sweat glands than other species. They need to have access to be able to – at least occasionally – either sit or wallow in the water. 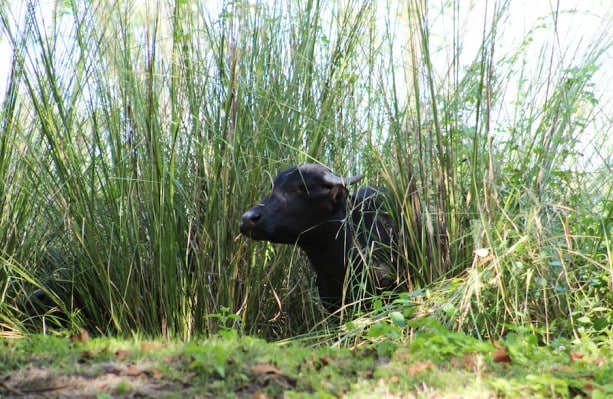 One of the greatest threats to water buffalo in the wild is a loss of habitat. This, pressure from over-hunting and interbreeding between wild and domestic buffalo has resulted in an almost 50 percent decrease in population during the past 10 years. That makes it even more important that we’re able to share these wonderful animals with our Guests. Anyone can make a donation to the Disney Conservation Fund at Disney’s Animal Kingdom and other locations throughout Walt Disney World Resort. 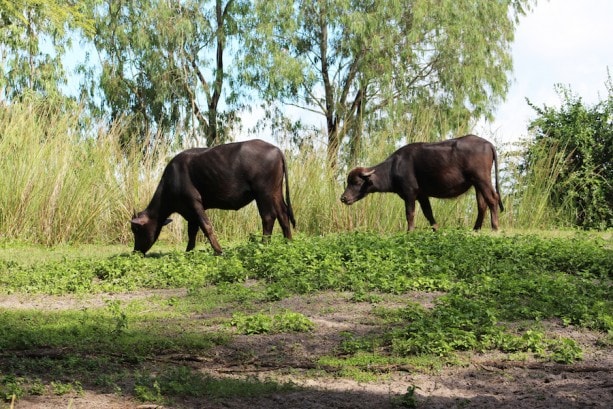 At Disney’s Animal Kingdom, cast members continue to bond with Rose, Dorothy and Blanche. It’s been helpful to have a number of keepers working with the water buffalo so that we can give the best care to our animals.

“That’s one of things I like about [working] here,” Amy said. “We have people from different zoos and people that have worked on different teams here, and they’ll give suggestions from what they did working somewhere else, or with a different animal … we have a lot of strengths to draw from.”

Visit DisneyAnimals.com to learn more about some of the other animals you can find at Walt Disney World Resort. 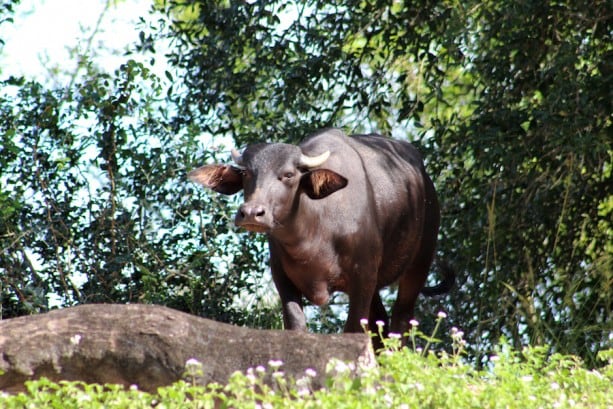