Last week I gave you the inside scoop on Vanellope’s Sweets and Treats, the sweetest addition to the recently enhanced Disney Dream. The design of this sweet shop is based on the arcade game of Sugar Rush in “Wreck-It-Ralph,” blending the world of video game racing with candy. 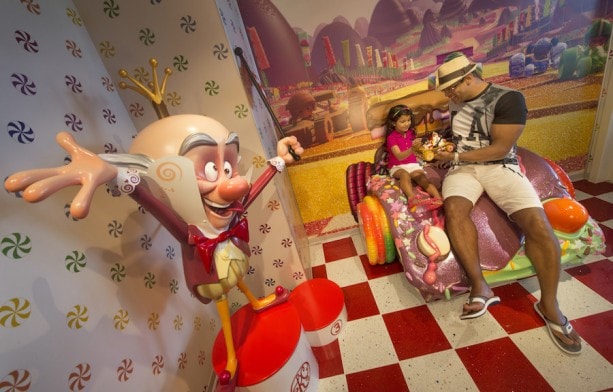 As promised, here are seven fun facts about Vanellope’s Sweets and Treats …

1. When you first enter the space from the outside deck, there is a mural of the Starting Line from the game, a sculpture of Vanellope’s racing kart and a sculpture of King Candy waving the checkered flag from the winner’s podium. The racetrack circles the entire space.

2. The mural behind the sculpture of Vanellope is called the Candy Cane Forest. That is where Wreck-It Ralph first met Vanellope in the film. 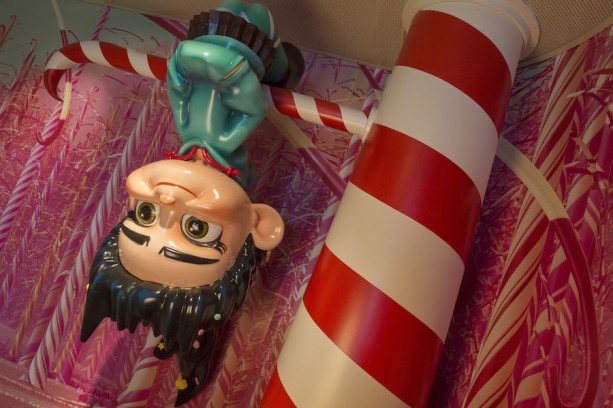 3. Keeping with the video game, racing and candy theme, the background music in the shop is a combination of music from the film, 8-bit video game music, and J-pop.

4. The animated leaderboard is a replica from the film.

5. The grandstands on top of the candy dispenser are exact replicas from the ones in the film. Each grandstand represents a racer in the game. 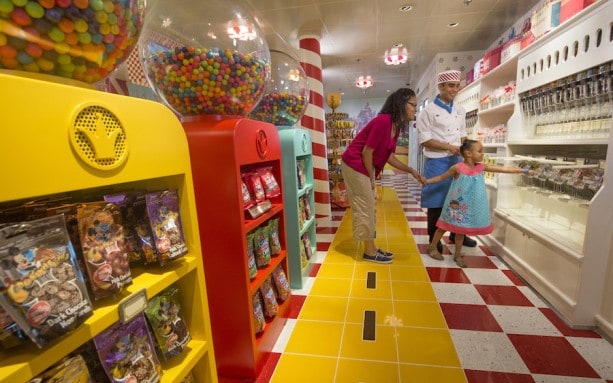 6. Sour Bill is an animated figure and appears in the center gas pump-style gumball dispenser. He sleeps in there and occasionally wakes up to say something sour.

7. Rich Moore, the director of the film and the voice of Sour Bill, recorded new lines of dialogue for Sour Bill exclusively for Vanellope’s Sweets and Treats.

Our chefs are preparing a few of their favorite recipes from Vanellope’s Sweets and Treats to share with you. Stay tuned for my upcoming series so you can try your hand at making these delectable desserts at home.