Celebration of the Harvest at Aulani, a Disney Resort & Spa

In Hawai‘i, the traditional celebration of the harvest — or Makahiki — takes place in the fall. At Aulani, a Disney Resort & Spa, our resort’s casual, family-friendly restaurant is appropriately named after the season’s festival, Makahiki: The Bounty of the Islands.

As we pointed out in the “Unforgettable Details” post a few months back, the story of Makahiki season comes to life inside the restaurant through not only delectable cuisine, but also local artwork. Murals by artists Solomon Enos and Al Lagunero celebrate the spirit of the festival, while depicting Hawaiian feasting and gaming. 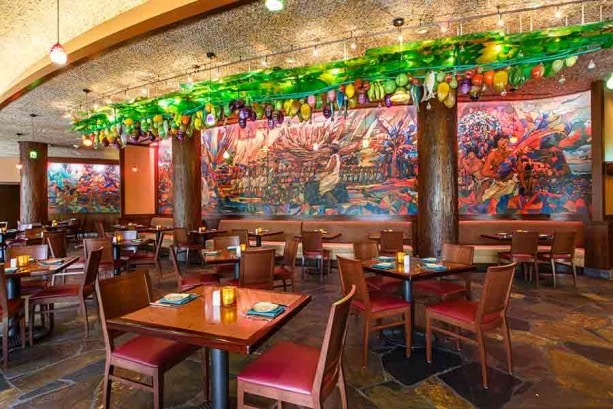 To continue the celebration of this season in a fun and festive way, the resort is featuring a new Disney character show called “Menehune Mischief at the Makahiki.” Available on select days, guests are invited to join Aunty, Donald Duck, Stitch and Chip & Dale as they tell the story of the Menehune — the magical “little people” of Hawai‘i!

Likes (0)
Share Celebration of the Harvest at Aulani, a Disney Resort & Spa