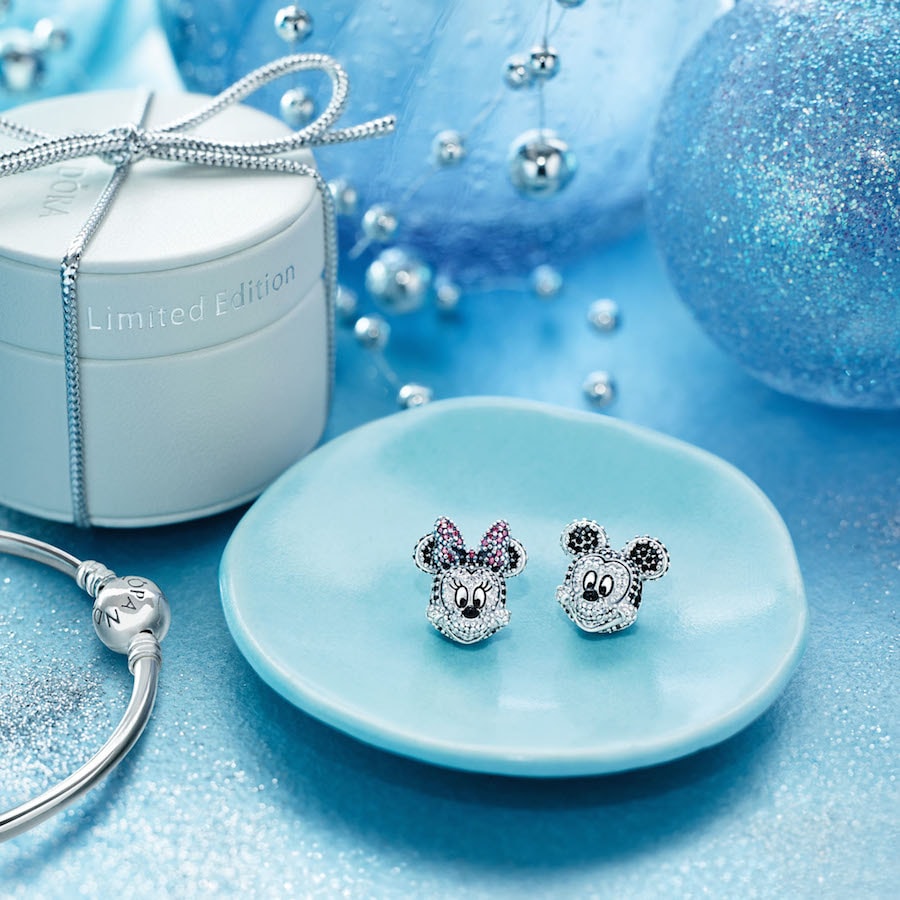 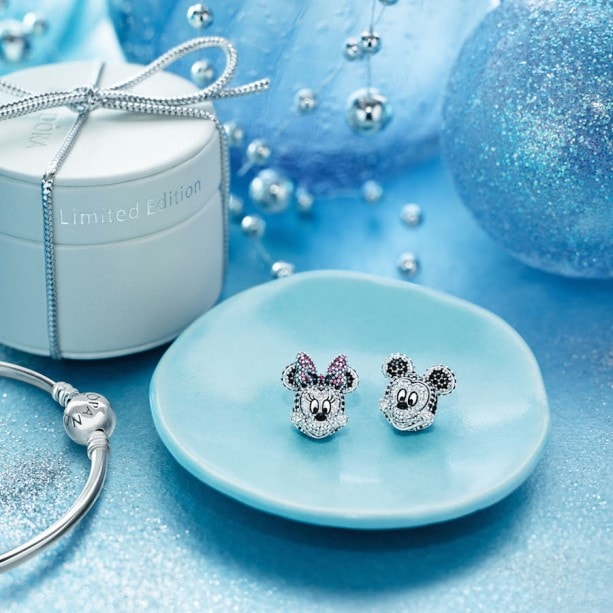 Almost one year ago, we introduced the Disney Parks | PANDORA Jewelry Collection at Disneyland and Walt Disney World Resorts. This original collection of hand-finished .925 sterling silver and 14K gold charms were inspired by some of Disney’s most beloved characters. Today, I’m delighted to give you a closer look at new charms coming to select Disney Parks merchandise locations this fall.

From October 29-31, we are having a special release party at the Marketplace Co-Op in Disney Springs Marketplace at Walt Disney World Resort. I shared some details about this event in a recent article. The image at top shows two limited release charms that will also be found at the event.

The Sparkling Minnie Portrait Head is also a sterling silver charm with 31 clear, 6 micro bead-set, 19 pavé-set red cubic zirconia, 156 pavé-set black crystals, and black enamel. Both of these charms will only be available in select locations until December 31, 2015. One of my favorite charms was inspired by “Wishes” Nighttime Spectacular at Magic Kingdom Park presented by PANDORA. This sterling silver charm contains black enamel and clear cubic zirconia. 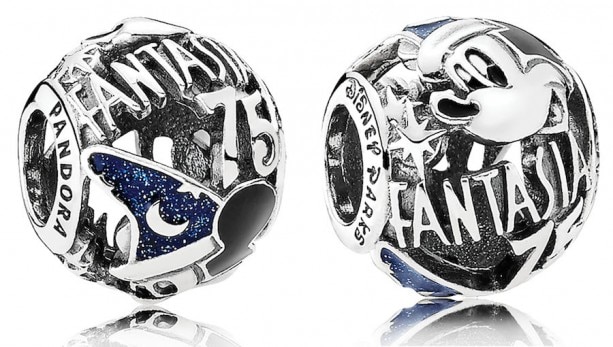 Finally, we will release sterling silver charm with shimmering blue and black enamel celebrating the 75th Anniversary of Walt Disney’s “Fantasia.” This charm is limited release and will be available while supplies last.

Both the “Wishes” Nighttime Spectacular and “Fantasia” 75th Anniversary charms will be release in select Disney Parks merchandise locations on November 13.