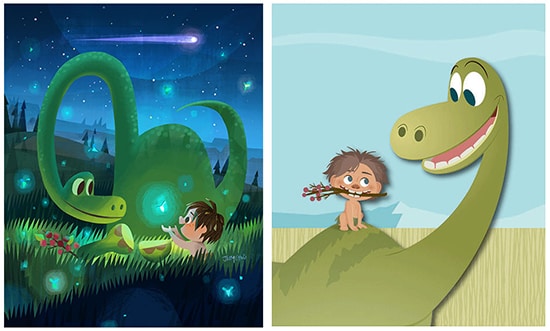 This week, we are celebrating “Dino Week” in honor of the upcoming release of Disney-Pixar’s “The Good Dinosaur” which arrives in theaters on November 25. I recently visited the appropriately themed Chester & Hester’s Dinosaur Treasures in Dinoland, U.S.A. at Disney’s Animal Kingdom to survey merchandise being offered at Disney Parks for this film. 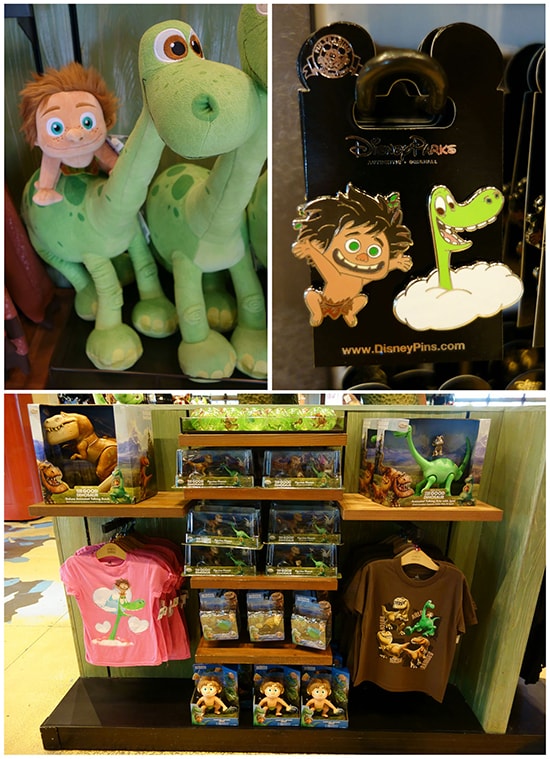 For the release of this film, we have a small assortment of toys and apparel for kids. Guests may also find adorable plush resembling Arlo the Apatosaurus and his unlikely human friend Spot. Look for them on an open edition two-pin set as well.

My favorite item is a kids’ zipper jacket that looks like the Tyrannosaurus Rex named Butch. I love the little arms that stick out from the front of the jacket. 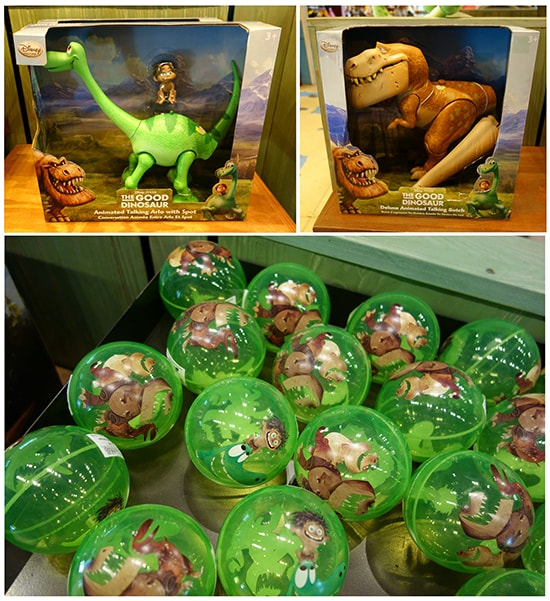 In the mix, we included some toys created by our partners from the Disney Store.

Guests should also look for a limited release logo pin that opens to reveal an image of characters from the film.

Finally, we are hosting special signing events at Disney Parks this weekend.

For guests visiting Once Upon a Toy in Disney Springs Marketplace at Walt Disney World Resort, filmmakers, Pete Docter and Jerome Ranft will be appearing from 4:00-5:00 p.m. on November 21. Jay Ward will be appearing at the location from 4:00-5:00 p.m. on November 22. They will be meeting with fans and signing select Pixar-themed merchandise during their appearances.

At Disneyland Resort, Disney artists Joey Chou and Jerrod Maruyama will be on hand for a signing event on November 21 from 7:00-9:00 p.m. at WonderGround Gallery in Downtown Disney District. You can see some of their artwork in the top image. This artwork will also be released in Florida this weekend.

You can find select items from “The Good Dinosaur” online at http://www.DisneyStore.com. Select items may also be found using the free Shop Disney Parks mobile app.

Check out all of the exciting activities happening at Disney in celebration of Dino Week at Disney.com/DinoWeek.