I’m proud to report that two recent projects produced by our Creative Entertainment team have been honored with industry awards from a pair of prestigious organizations. 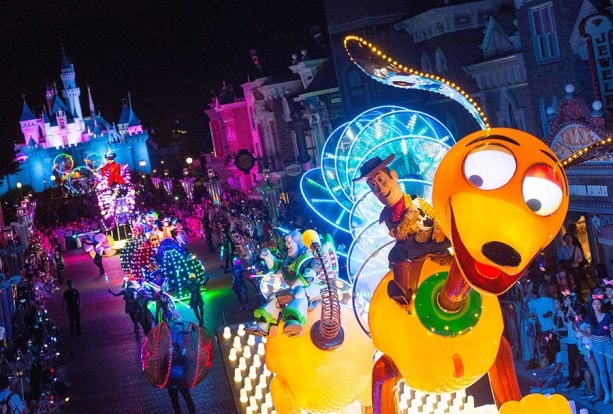 On Tuesday, the Themed Entertainment Association (TEA) announced their annual Thea Award winners. TEA has honored the “Paint the Night” Parade, featured at Hong Kong Disneyland and Disneyland park in California, with the Thea Award for Outstanding Achievement – Parade Spectacular. “Paint the Night” brings Disney’s electrical parade legacy into the 21st century with innovative floats, vibrant costumes, dazzling special effects, unforgettable music and more than 1.5 million brilliant LED lights. The parade made its debut last fall at Hong Kong Disneyland and arrived at Disneyland Resort this past summer as part of the Diamond Celebration.

As part of their announcement, TEA said, “The new Disney ‘Paint the Night’ is a marvel of lighting technology, creative artistry, storytelling, showmanship, live performance and interactivity, centered around beloved Disney characters, both recent and classic.”

TEA is an international non-profit association, representing the world’s leading creators, developers, designers and producers of compelling places and experiences. Thea Awards will be given out at an awards ceremony at the Disneyland Hotel in Anaheim, California, on April 2, 2016. 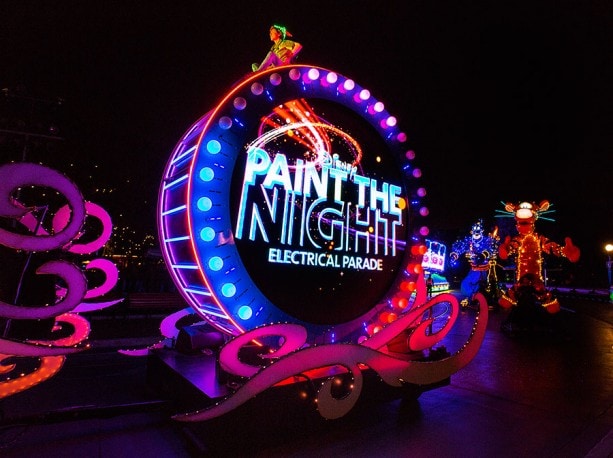 Last night at their annual gathering in Orlando, the International Association of Amusement Parks and Attractions (IAAPA) awarded their 2015 Brass Ring Awards for Live Entertainment Excellence, extending additional honors to the “Paint the Night” Parade with an award in the category of Best Multimedia Spectacular.

IAAPA also presented a Brass Ring Award to “King Triton’s Concert” at Tokyo DisneySea Park in Japan, in the category of “Best Overall Production: $1 Million or more.” “King Triton’s Concert” brings to life the under the sea world of “The Little Mermaid” with music, songs, dynamic performances and sensational special effects. The show opened in April 2015 and is presented several times daily at the park’s Mermaid Lagoon Theater. IAAPA is the largest international trade association for permanently situated amusement facilities and attractions, and is dedicated to the preservation and prosperity of the attractions industry. The IAAPA Brass Ring Awards mark achievements of excellence throughout the global attractions industry.

Congratulations to everyone who worked so hard to bring these wonderful projects to life at Disney Parks!