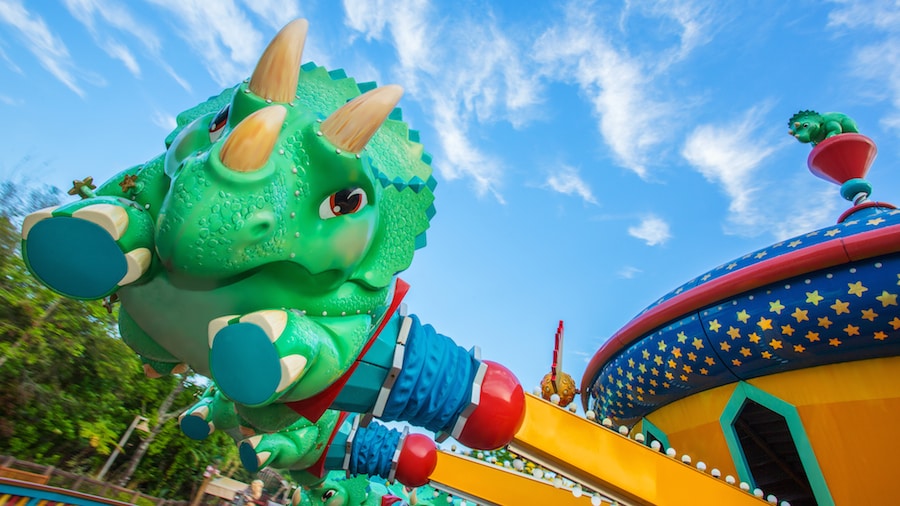 Get To Know 7 Disney Parks Dinosaurs

In honor of today’s release of the film “The Good Dinosaur,” we wanted to give shout outs to seven of our other Disney Parks dinosaurs. 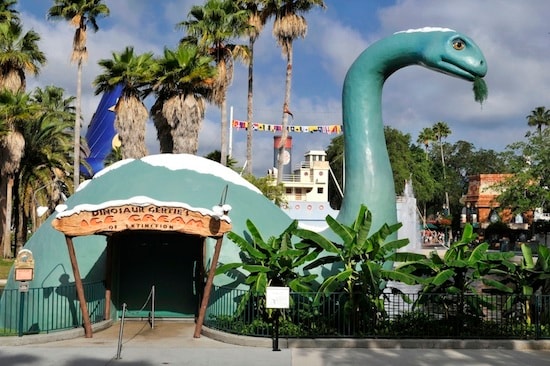 1. Dino Gertie at Disney’s Hollywood Studios – A landmark at Disney’s Hollywood Studios since the park opened in 1989, Gertie is both a nod to Gertie the Trained Dinosaur, one of the first popular animated characters in film. Although the character was not developed by Walt Disney, she’s a symbol of animation history – and at the park, serves up mighty good ice cream. 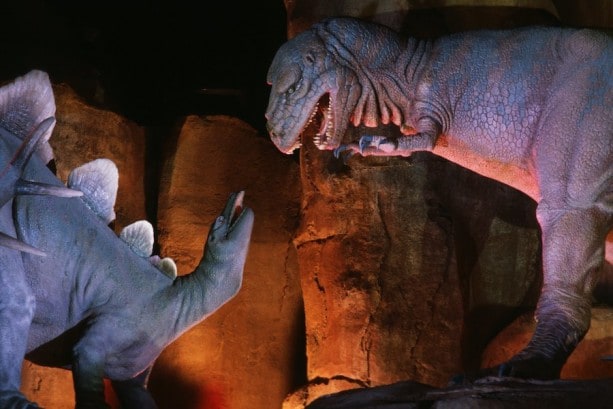 2. Ellen’s Energy Adventure at Epcot – The original version of this attraction introduced me to some of Disney Parks’ first-ever dinosaur Audio-Animatronics figures back in the mid-1980s – and I was mystified!

3. DINOSAUR at Disney’s Animal Kingdom – A quick trip on a Time Rover takes us back 65 million years ago to visit Alioramus, Velociraptors and more. Better make it a real quick trip if you don’t want to get caught by that treacherous Carnotaurus! 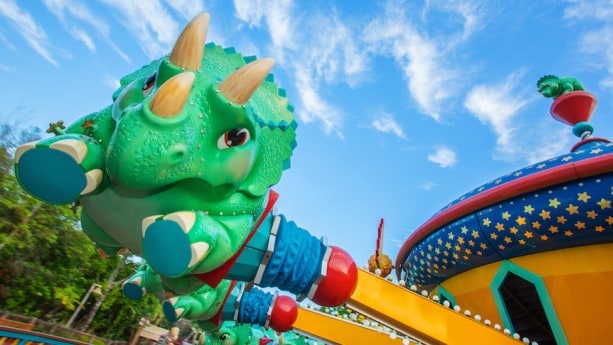 4. TriceraTop Spin at Disney’s Animal Kingdom – Okay, this dino draw is more my speed, with it’s colorful herbivores ready to take to the skies. 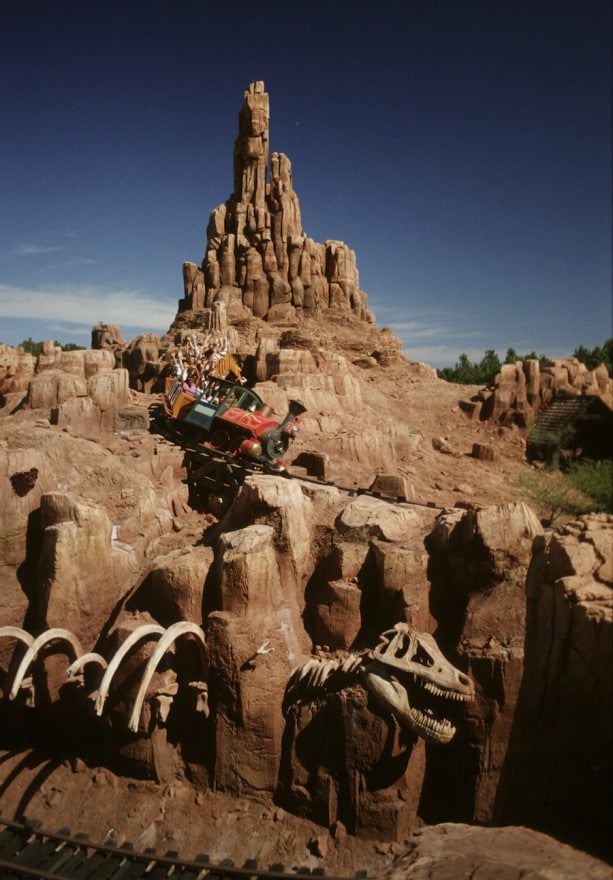 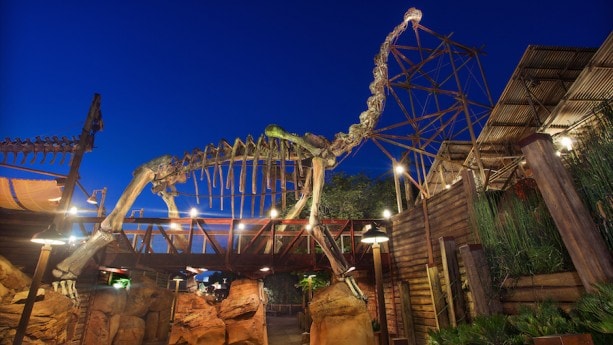 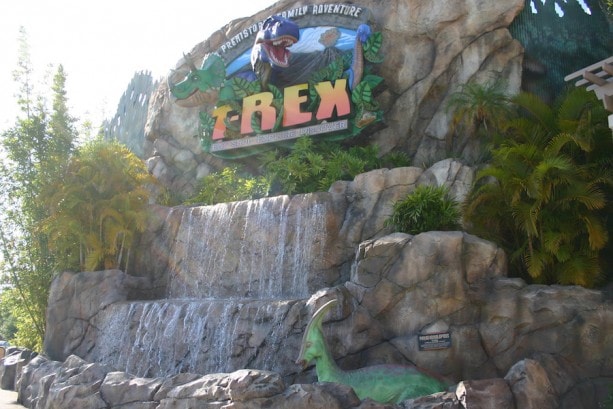 7. T-REX Restaurant at Disney Springs – For the ultimate dinosaur experience, head to T-Rex at Disney Springs. The food is terrific and every few minutes diners get to experience a meteor shower. Ultimate dino fans can also create their own dinosaur at the Build-A-Dino station in the adjacent merchandise shop.