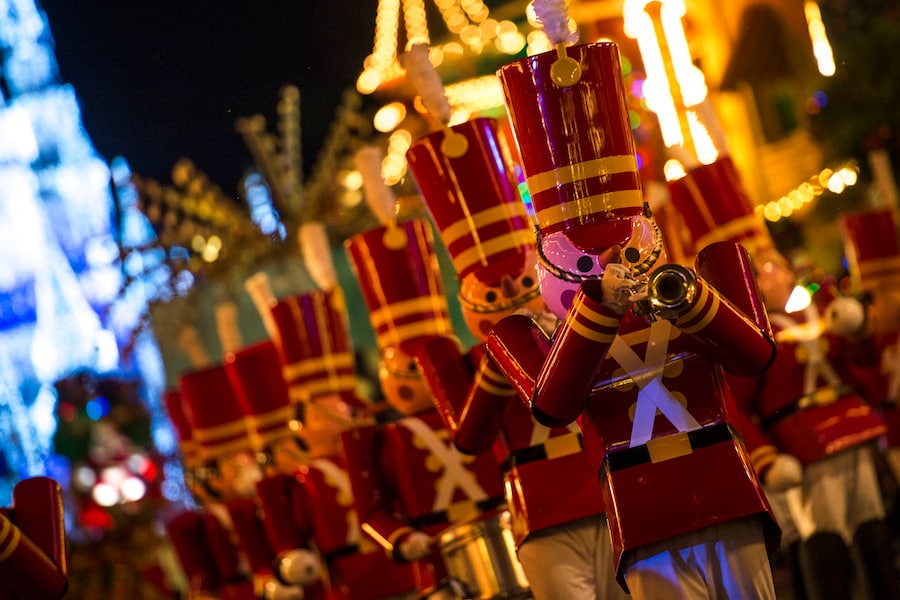 Anyone else having visions of sugarplums? It’s the most wonderful time of the year, and Mickey, Santa and all your Disney friends are preparing for the return of our annual celebration, Mickey’s Very Merry Christmas Party! The special holiday festivities start Sunday, November 8, at Magic Kingdom Park with live entertainment, dazzling fireworks, a cheery parade and more! 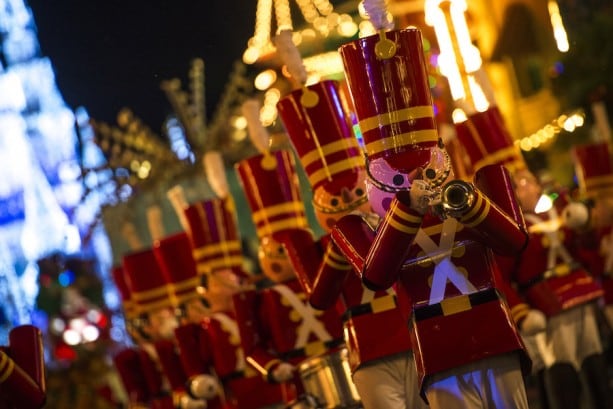 The party begins with a visit from Arendelle royalty for “A Frozen Holiday Wish,” presented on the Castle Forecourt Stage and featuring Anna, Elsa, Olaf and Kristoff. As a gift to the kingdom, Elsa lets it go and uses her icy powers to transform Cinderella Castle into a sparkling palace of ice.

Later, it’s lovely weather for a sleigh ride down Main Street, U.S.A. for “Mickey’s Once Upon a Christmastime Parade.” Santa Claus, gingerbread men, elves, reindeer and other friends from the North Pole join Mickey and his pals for the happiest of holiday parades.

New this year, the acclaimed contemporary a cappella group VoicePlay bring their amazing talents to the Rockettower Plaza Stage in Tomorrowland. VoicePlay, who appeared on the TV show “The Sing-Off,” combine incredible vocal harmonies and an inventive “music without music” sound to create an unforgettable holiday concert experience. Give them a listen between performances of “A Totally Tomorrowland Christmas.”

Elsewhere in Tomorrowland, Cosmic Ray’s Starlight Café becomes Club Tinsel for the evening when Phineas and Ferb show up, and that’s not all! Mickey’s Very Merry Christmas Party also includes the “Celebrate the Season” show, cookies and hot cocoa, visits with Santa Claus in Town Square, a magical snowfall on Main Street, U.S.A. and favorite Disney characters on hand throughout the park to spread holiday cheer. To cap things off, “Holiday Wishes: Celebrate the Spirit of the Season” lights up the skies above Cinderella Castle with breathtaking fireworks and beloved music.

Mickey’s Very Merry Christmas Party is held on select nights, November 8 – December 18, and is separate from regular Magic Kingdom Park admission. Tickets are available now. Get yours before dates start selling out.