For the last year and a half, members of our Disney’s Animals, Science and Environment team have spent lots of time with animated hippos, lions, hyenas and more on the colorful savanna of Disney’s “The Lion Guard,” which continues the epic storytelling of “The Lion King” and introduces Kion, Simba and Nala’s second-born cub, as he assumes his role of leader of the Lion Guard, a team of animals tasked with preserving the Pride Lands.

Wanting to ensure a level of authenticity in the animal world, the Disney Junior team asked us to assist and advise on the characteristics, behaviors and habitats of the African animal species featured in both the primetime television movie debuting this Sunday, November 22 on Disney Channel and the upcoming television series premiering on Disney Channel and Disney Junior in early 2016. Led by Dr. Jill Mellen, who oversees our scientific and education efforts, our team has reviewed scripts and made suggestions that more accurately illustrate the personalities and preferences of the animals we care for each day, as well as ones in the wild. The animated characters speak, of course, and although that’s not something we see on the savannas of Disney’s Animal Kingdom or Disney’s Animal Kingdom Lodge, otherwise, the behaviors of Kion and his friends – Beshte, Ono, Fuli and Bunga – are representative of the natural behaviors of these animals. 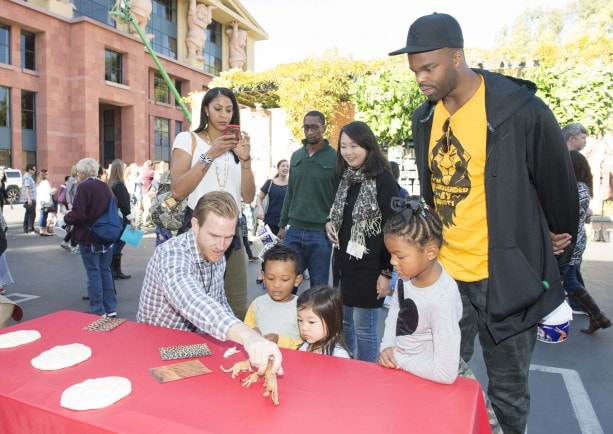 Dr. Jill and a number of our ASE cast members just returned from the red-carpet premiere of “The Lion Guard: Return of the Roar” held last weekend at The Walt Disney Studios in Burbank, CA, where they enjoyed another opportunity to introduce more children to the beauty of the animal world and the magic of nature.