Starting in March, the Outdoor Kitchens expanded at Epcot International Flower & Garden Festival. It was the third year for the culinary addition at the festival, with the new Botanas Botánico Outdoor Kitchen between France and Morocco pavilions with treats like cachapas with farmer’s cheese, a sweet yellow corn pancake, and seafood ceviche with shrimp, scallops and grouper with mango and avocado. 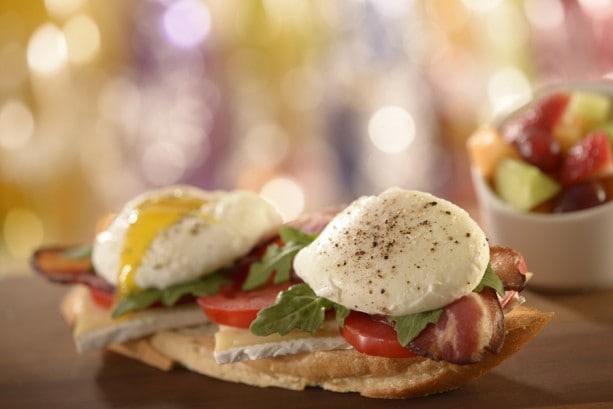 Also in March, the new breakfast started at Be Our Guest Restaurant in Magic Kingdom Park. The quick-service breakfast menu has a decidedly French touch, with everything from assorted cured meat and cheese served with marmalade, fresh fruit and a toasted baguette to eggs Florentine served in a puff pastry shell with country ham and roasted plum tomatoes.

Late March saw the opening of Trader Sam’s Grog Grotto at Disney’s Polynesian Village Resort. It’s a popular spot, and guests ooh and ah over more than 1,200 pieces of memorabilia. The hand-crafted cocktails are delicious (order an Uh-Oa! and see what happens with the special effects).

Beginning April 1, new allergy-friendly menus debuted in 2015 at more than 100 quick-service and table-service locations at Disneyland Resort and Walt Disney World Resort, along with more ways to make the special-diet-request process easier. In May, the much-anticipated Harambe Market opened at Disney’s Animal Kingdom, where food plays a starring role with African-inspired street food at four walk-up windows and plenty of shaded seating. Skewered chicken and kabob flatbreads, beef and pork sausage fried in a curried corn batter (like a corn dog), spice-rubbed karubi ribs and South African wines are a home run. Or try tikka masala chicken, the newest addition to the menu.

April saw the opening of The BOATHOUSE, the first all-new dining spot at Disney Springs – not a bad view in the house with all of the dining rooms with waterfront views or on the water. Seafood is the star (try the lobster roll). Then take a ride in the dream boats from the 1930s, ‘40s and ‘50s (or watch for free from the dock).

The new Ferrytale Wishes, A Fireworks Dessert Cruise, debuted in September, the perfect way to experience Magic Kingdom Park fireworks from a spot on Seven Seas Lagoon. The decks are laden with delectable sweets, plenty of ice cream and beverages (with and without alcohol) in souvenir glow glasses. Enjoy this sweet ending to your day, then settle to watch the spectacular Wishes nighttime spectacular overhead, the largest fireworks display ever at Walt Disney World Resort. 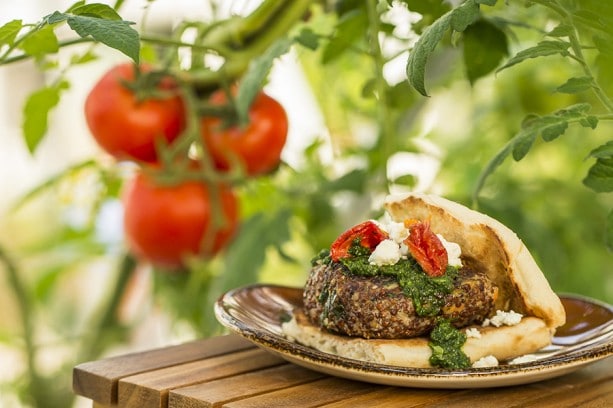 Late September was the opening of the much-anticipated Jock Lindsey’s Hangar Bar along the waterfront at Disney Springs. With 150 seats inside and out, the bar cleverly features salvaged equipment, spare airplane parts and mementos from Jock’s travels. Morimoto Asia also opened in November, the newest to join the line-up at Disney Springs. It’s the newest venture for Iron Chef Masaharu Morimoto, and his first restaurant featuring Pan-Asian cuisine, including the signature Morimoto Peking Duck, carved and roasted in house.

New Jungle Navigation Co. Ltd. Skipper Canteen opened in December in the Magic Kingdom. Diners can set off on a culinary adventure at a new eatery in Adventureland featuring “World Famous Jungle Cuisine.” Just steps from the legendary Jungle Cruise attraction you can enjoy the bold, flavorful tastes of Asia, South America and Africa at this new 222-seat table-service restaurant staffed by the wisecracking crew of the Jungle Navigation Co. Ltd.

The Ganachery opened in December at Disney Springs, a jewel box of a shop that’s showcases the beauty of chocolate. The star of the show is a custom-made ganache, Disney’s own recipe for a luxurious mixture of melted chocolate and cream. Stepping inside this shop is reminiscent of an apothecary of another era, a lovely little space elevates sweets to an experience akin to a wine tasting. Victoria & Albert’s at Disney’s Grand Floridian Resort & Spa ends the year on a high note by winning the coveted AAA Five-Diamond Award – that’s 16 years in a row, putting the restaurant in an exclusive tier of dining experiences. Each year AAA reviews nearly 30,000 restaurants, but just 0.4 percent make the AAA Five Diamond. The restaurant also was once again honored as one of the top restaurants in the United States in TripAdvisor’s 2015 Travelers’ Choice awards (No. 6 of 25). And Time Magazine named Victoria & Albert’s to its Top 100 list of U.S. restaurants.