This past Saturday, Dec. 26, in a ceremony at Disney California Adventure park, No. 5 Iowa and No. 6 Stanford met to celebrate their upcoming match-up in the 2016 Rose Bowl Game presented by Northwestern Mutual on Friday, January 1, 2016, in Pasadena, Calif., during a visit to the Disneyland Resort. 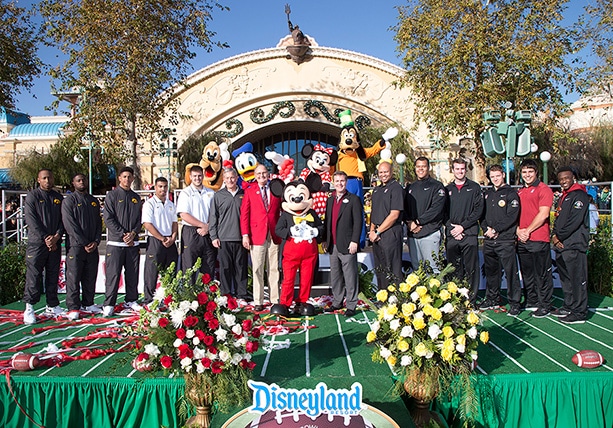 For Stanford, this will be the third time in four years and the 15th appearance all-time in the Rose Bowl Game. The Cardinal also makes history for being the Pac-12 champion during the 100-year anniversary of the conference. Iowa will make its sixth appearance overall in the Rose Bowl Game, and the first since 1991. The two teams have never met in a football game in the schools’ histories.