On the menu, look for lots of Star Wars-themed desserts treats, including the popular Droid and Darth Vader cupcakes and a selection of alcoholic and non-alcoholic beverages. And you’ll get a souvenir Chewbacca stein to take home! 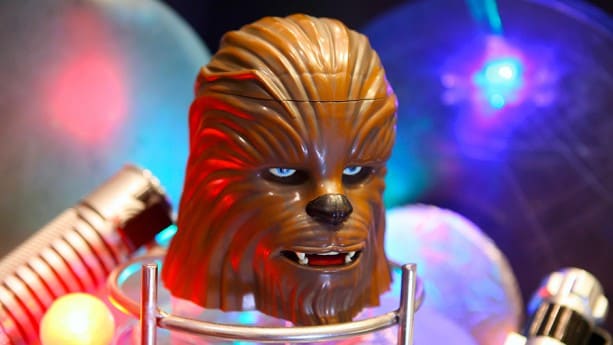