You Could Win Tickets to the Star Wars: The Force Awakens Opening Night Party at Walt Disney World Resort

We know many of our readers are as excited as we are about the official debut of the Star Wars: The Force Awakens film, so we’re offering a chance to see the film at Disney Springs and then join us for a Star Wars after-hours party at Disney’s Hollywood Studios on Thursday, December 17, 2015. 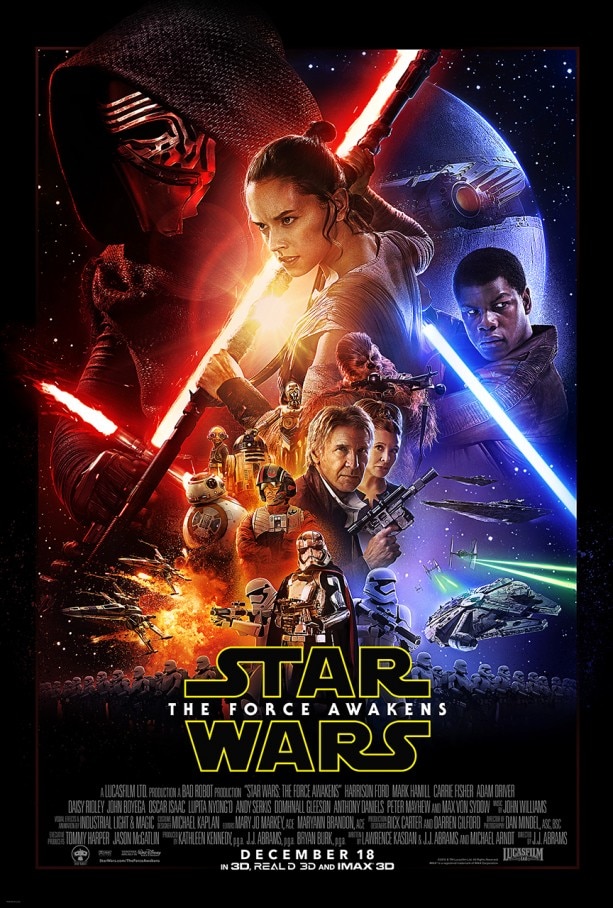 You can enter for a chance to win two (2) tickets to the sold-out Star Wars: The Force Awakens party which begins at 7 p.m. EST on Thursday, December 17, 2015 at AMC Disney Springs 24 (check-in begins at 8 a.m. EST). Winners will have a confirmed seat at one of the first public showings of Star Wars: The Force Awakens. And the party will continue after the film, as winners can join a private after-hours party at Disney’s Hollywood Studios until 2 a.m.

At Disney’s Hollywood Studios, winners will have access to the new Star Wars Launch Bay exhibit, the Star Tours – The Adventures Continue attraction, a DJ dance party and other special event experiences. The night will be highlighted with the preview of a new fireworks spectacular set to the iconic “Star Wars” score.

You can enter for a chance to win by clicking here and following the entry instructions to complete an official entry form. Your entry must state your valid email address and full name.

All entrants must be 18 years or older (or the age of majority in their state of primary residence, whichever is older) at time of entry, but guests of the winners do not need to be 18 or older (as long as the guest is the child of the winner).

Hope to see you there.

NO PURCHASE NECESSARY. Starts 11:00 A.M. ET on December 14, 2015, and ends 3:00 P.M. ET on December 14, 2015. Open only to legal residents of the 50 U.S. or D.C. who are 18 years of age or older at time of entry. To enter, follow the instructions at https://disneyparks.disney.go.com/blog/2015/09/disney-parks-blog-hosts-star-wars-the-force-awakens-opening-night-party. Prize does not include accommodations or transportation between winner’s home and the party taking place on December 17, 2015. Limit one (1) entry per person. For full details including eligibility requirements, odds of winning and prize limitations, see Official Rules. Void where prohibited.