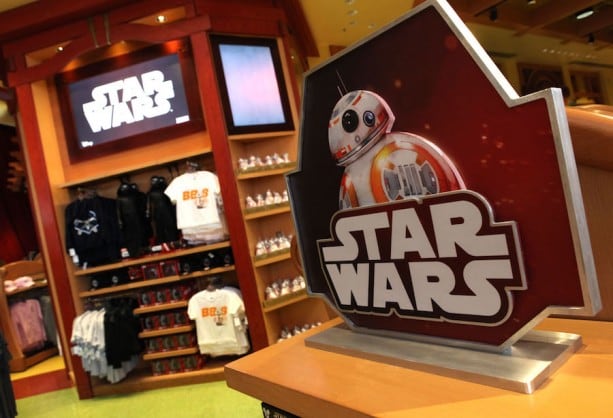 Being a long time Star Wars fan, I loved watching “Star Wars: The Force Awakens” with my son in an IMAX 3D theatre. While I had already seen the film twice, I will always remember seeing the pure joy in his eyes as the action unfolded on screen. Now, he wants everything Star Wars (which seems vaguely similar to my childhood). Luckily, I work at Disney Parks which has some incredibly cool products for Star Wars fans of all ages. Here are a few of my favorites.

Force Push Role Play Action Set – This is my favorite item created especially for Disney Parks. This set gives you the power to move a First Order Stormtrooper or TIE Fighter with a wave of your Force Glove.

Be the Best Dressed in the Galaxy – Disney Parks has apparel items for women, men and children. The women’s shirts with Rey are gorgeous, and the BB-8-inspired dress from Her Universe is fun. I also liked the ringer t-shirt with Han Solo and Chewbacca.

These Are the Accessories You’re Looking For – From Dooney & Bourke handbags to shoes that resemble Darth Vader, there are many accessories available to complete any out-of-this-world outfit. I particularly like the scarf with vintage Star Wars artwork as it reminds me of bed sheets I had as a child. 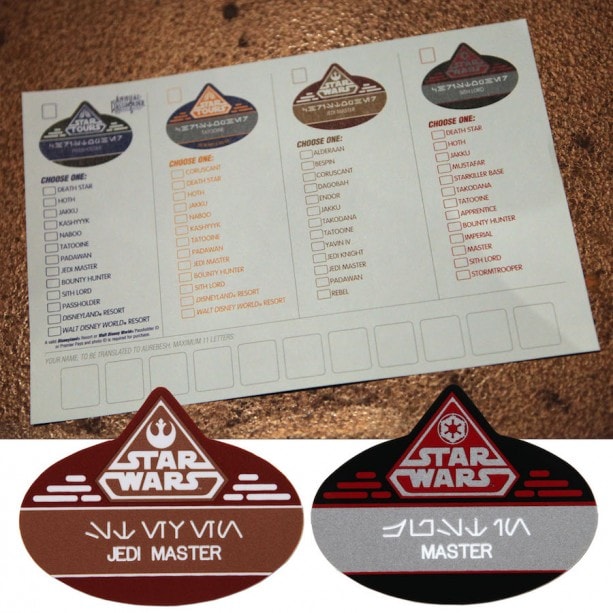 Star Wars Name Tags – Guests can create personalized name tags with their names written in Aurebesh, one of the alphabets used in the Star Wars galaxy. There is also a name tag designed especially for Annual Passholders. Look for these name tags at Watto’s Grotto in Disney’s Hollywood Studios in Florida or Tomorrowlanding in Disneyland park in California. 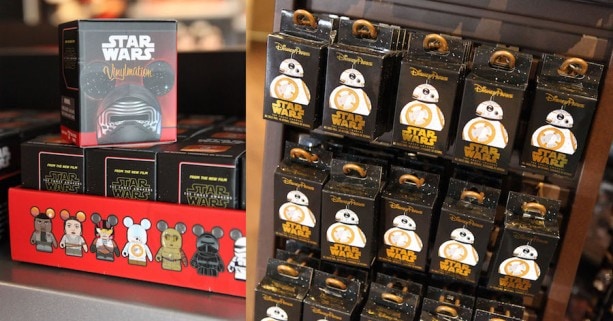 Disney Pins and Vinylmation Figures – Guests will find new Disney pins to collect or trade including a mystery pin set. We also released a limited release Vinylmation mystery set with eight figures. You won’t know which one you’ve got until you open the box.

Launch Bay Cargo – One of the coolest destinations for collectible merchandise is Launch Bay Cargo. This location is found at both Disneyland park in California and Disney’s Hollywood Studios in Florida. Guests can find replica costumes, light up Lightsaber umbrellas, toys, collectibles and more. Fans can also create D-Tech on Demand phone cases with Star Wars artwork. In Florida, we also offer an option to create and personalize retail MagicBands.

Shop Disney Parks Mobile App – This free mobile app gives you access to select Star Wars products from Disney Parks which you can have shipped directly to your home. We also introduced some fun hidden search terms that reveal some video clips. To download the free app, please visit DisneyWorld.com/Shop.