Behind the Scenes: ‘The Indiana Jones Epic Stunt Spectacular’ Carries on a 35-Year Legacy of Adventure 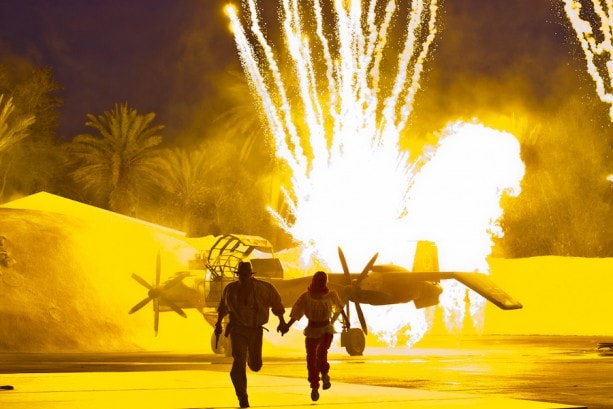 For those of you who aren’t familiar, “The Indiana Jones Epic Stunt Spectacular” is a daily stunt show that takes guests on a breathless journey to watch stunts from the film franchise performed before their very eyes – including fight scenes, whip tricks, sword fights, high falls, fiery explosions and much more.

The storyline of the stunt show was inspired by “Raiders of the Lost Ark,” the first Oscar-winning film in the Indiana Jones franchise. And here’s an interesting bit of history: the stunt show opened in 1989, the same year “Indiana Jones and the Last Crusade” was released, making the stunt show an instant smash hit with park guests.

Over the years, the stunt show has been a park favorite with adventure-seeking guests regularly packing the 2,000-seat theater, multiple times each day.

I recently headed backstage at “Epic” to meet stunt performers Kevin (who has been with the cast since opening day), as well as Robert and Michele, to get their thoughts on what keeps audiences coming back again and again. And maybe, learn a thing or two myself.

Will you add “The Indiana Jones Epic Stunt Spectacular” to your must-do list? Learn more about the show here.

Likes (1)
Share Behind the Scenes: ‘The Indiana Jones Epic Stunt Spectacular’ Carries on a 35-Year Legacy of Adventure