Disney Parks After Dark: Symphony in the Stars – A Galactic Spectacular

Tonight’s Disney Parks After Dark image was snapped at Disney’s Hollywood Studios, where the Dark Side (temporarily) takes over for the brand new “Symphony in the Stars – A Galactic Spectacular” nightly fireworks show.

The show is a fireworks spectacular that’s set to memorable music from throughout the Star Wars saga, including two tracks from the latest film: “Rey’s Theme” and “March of the Resistance.” Specific characters from the Star Wars galaxy are also represented in the show, with lines of dialogue from characters like Obi-Wan Kenobi, Darth Vader and Rey, highlighting key moments in the spectacular. 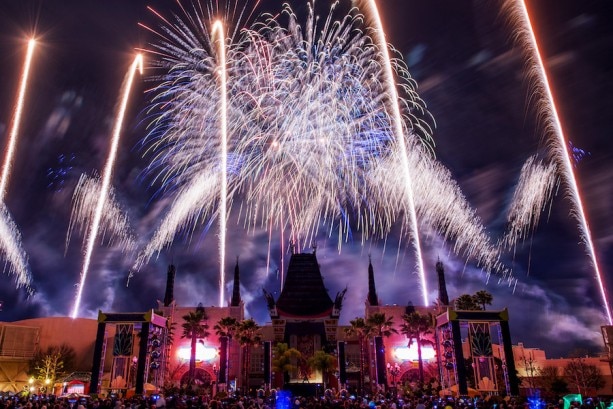 Likes (0)
Share Disney Parks After Dark: Symphony in the Stars – A Galactic Spectacular