This week, our blog coverage of Disney Parks included an update on an unforgettable act of kindness that led to a dream come true and a special visit to the Walt Disney World Resort.

You may remember the story of two college students who started an effort to raise money and surprise Kathryn Thompson, a beloved cafeteria worker at Acorn University in Elon, NC, with a trip to Walt Disney World. This past week, Kathryn traveled to Florida for her dream vacation and a surprise reunion with the two students who made it happen. Check out Bob’s original story for more details 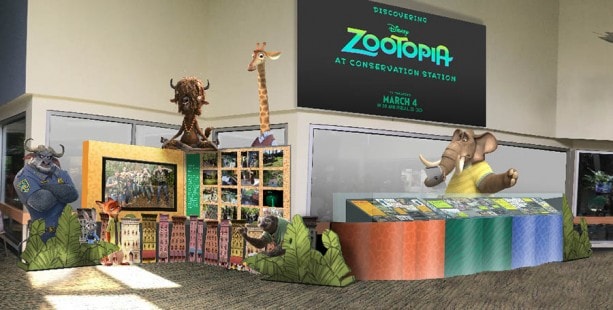 We also let you know that in Rafiki’s Planet Watch at Disney’s Animal Kingdom, you’ll soon be able to explore a new exhibit that delves into some of the behind-the-scenes research that went into the production of Disney’s upcoming comedic adventure “Zootopia.”

The ‘Zootopia’ exhibit opens January 29 inside Conservation Station at Rafiki’s Planet Watch. Shawn has all of the details in his original story.

Space Mountain-Themed Products Are Clear for Launch at Disney Parks – One of my favorite attractions at Walt Disney World Resort is Space Mountain because I’ve dreamed of being an astronaut. This classic Disney attraction in Tomorrowland at Magic Kingdom Park opened on January 15, 1975.

Kids Remember Their Disney Cruise – What are the things you remember most from your first Disney cruise? In this video, we talked with some of our youngest cruisers to hear what they had to say. Check it out!