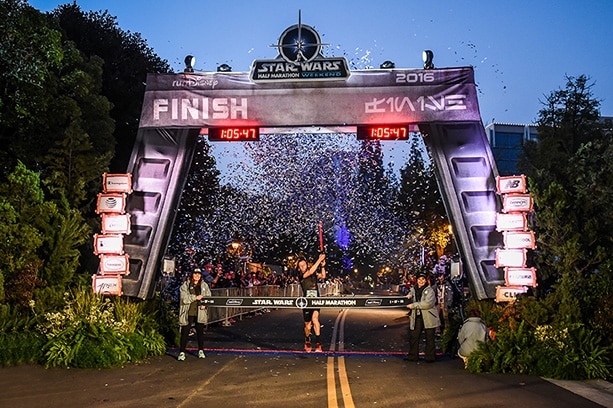 Arciniaga, 32, who now lives in Flagstaff, Ariz., blasted past First Order stormtroopers to break the tape at the finish line. Adam Roach of Pebble Beach, Calif., was second (1:12:29) and Hunter Sapienza of Seattle, Wash., was third (1:12:38).

“This is a race that means a lot to me,” Arciniaga said of the victory. “I’ve been a Star Wars fan ever since I can remember.” Arciniaga goes on to compete in the U.S. Olympic Team Trials Marathon in the upcoming weeks. 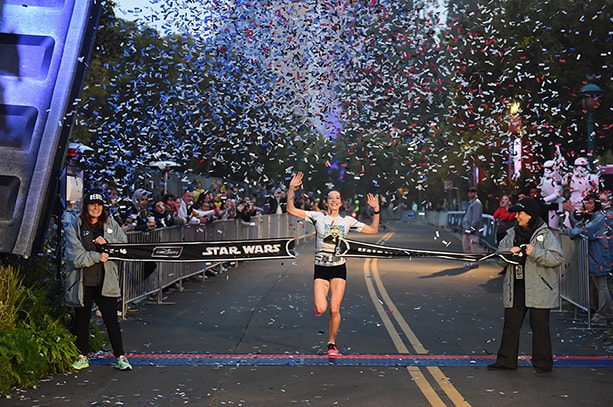 Annie Bersagel, 32, of Colorado, also flew at lightspeed across the finish line Sunday as the female winner with a time of 1:15:09. Bersagel is also set to compete in the upcoming U.S. Olympic Team Trials Marathon. Second-place female finisher was 2015 Star Wars Half Marathon female winner, Jennifer Berry, of Denver, Colo. (1:21:11) and third-place finisher was Kendal Sager of Los Altos, Calif. (1:25:05).

“I was the fastest stormtrooper out here today,’’ Bersagel joked after her win, clad in Star Wars-inspired running gear. “So that’s all you can really ask for, right?” 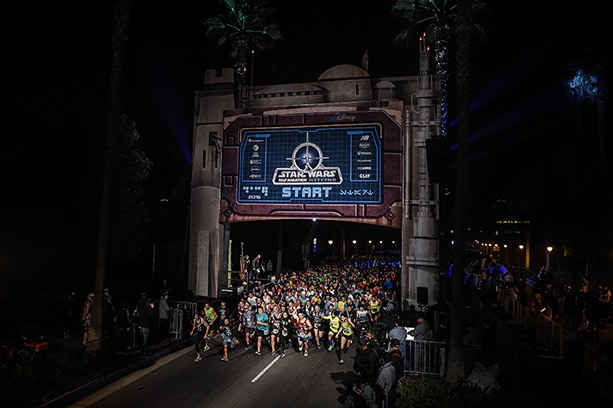 Arciniaga and Bersagel jumped to hyperspace to outrun more than 13,000 athletes in the 13.1-mile intergalactic journey through Disneyland Resort and Anaheim area streets, where a variety of Disney entertainment, including Star Wars characters, cheered on runners at every mile.