In honor of its crystal anniversary, the only Disney Park themed to the sea will kick off a major celebration called “Tokyo DisneySea 15th Anniversary: The Year of Wishes.”

On opening day of the almost year-long celebration, April 15, a new fireworks show and two other new shows will debut. “Crystal Wishes Journey” at Mediterranean Harbor features the Disney characters and their wishes to celebrate the start of guests journeys of adventure.

A new version of “Big Band Beat” at the Broadway Music Theatre will have new music, costumes and scenes. Re-imagined for the first time since opening in July 2006, Goofy leads the show, joined by Mickey Mouse and Minnie Mouse who show off their latest dance moves.

When night falls, gaze to the sky for a new fireworks spectacular, “Sky High Wishes,” set to the 15th anniversary theme song.

This summer, on July 9, a brand new musical show will premiere at the Hangar Stage in Lost River Delta. “Out of the Shadowland” is an original story incorporating vivid images, dynamic scenes and moving performances. 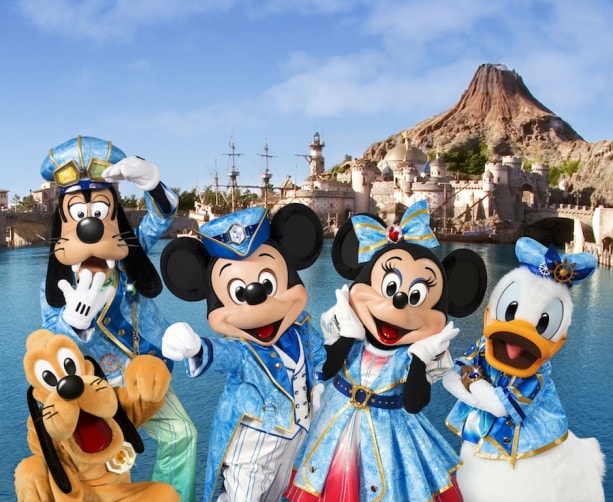 Of course for a celebration like this, Mickey and friends need new threads, and you’ll see their 15th anniversary costumes as they ride one of the Big City Vehicles to greet guests in American Waterfront. Special merchandise, food and beverage are part of “The Year of Wishes” as well.