I’m delighted to introduce you to Willie, a new resident at Rafiki’s Planet Watch at Disney’s Animal Kingdom. Willie is an aardvark that frequents the outdoor stage next to Affection Section where I hope you get the chance to meet and learn more about him in person. Animal keeper Julie has spent a lot of time with Willie as he acclimates to his new home and she already has lots of interesting and fun stories to share about Willie. One of Julie’s most memorable moments happened when Willie first walked into Affection Section and every goat and sheep turned their attention to the new arrival. As Julie explained to me, “They were all very interested and lined up at the fence to check him out. It was just as enriching for us [cast members] as it was for all of them.” 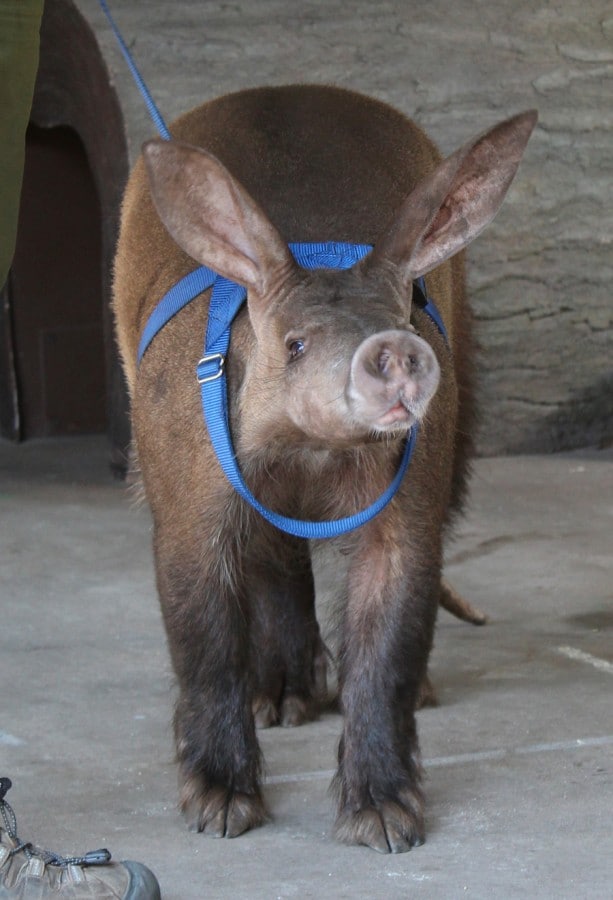 Although Willie generally focuses on learning new skills and exploring his world in the late afternoon, he sometimes decides to sleep through training time. (I’m usually ready for a nap around that time, too!) Willie’s behavior and preferred schedule is completely fine because all of the animals can choose whether they wish to participate in activities or not.

As much as Willie loves to sleep, he seems to like to eat even more, especially bugs, bananas and avocados. On occasion, he’ll get honeycomb larvae as a special treat. 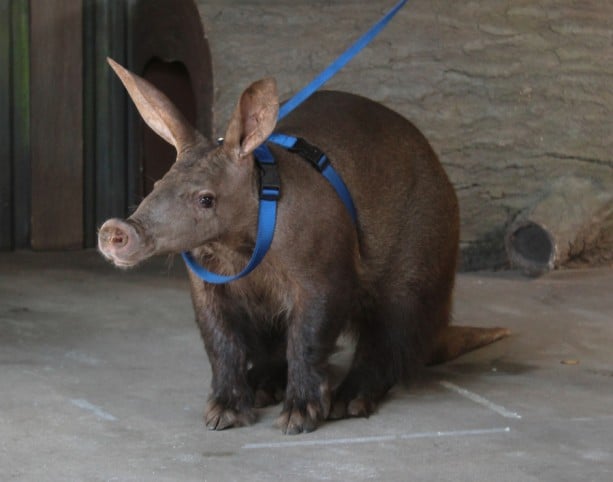 In the pictures above, you may notice Willie is wearing a harness. This common practice is for Willie’s safety during the early stages of training, and while he’s getting used to the environment at Rafiki’s Planet Watch. 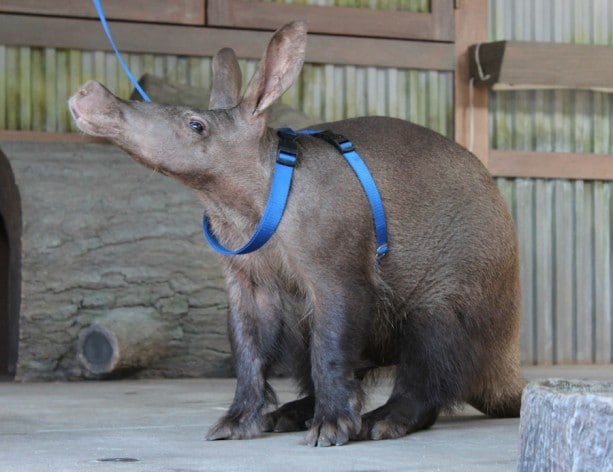 In the wild, aardvarks can most commonly be found roaming throughout Africa, south of the Sahara. Because of their nocturnal nature, you typically will see them only at night. Aardvark populations are declining because of human habitat infringement and illegal hunting in the wild. They are hunted mainly for their prized meat, but also for their skin, claws and teeth which are used to make jewelry and some traditional medicine.

Learn more about some of the animals you can visit at the Walt Disney World Resort at DisneyAnimals.com.